Chicago IL: Over 400 people gathered to witness talent of Illinois area with outstanding performances of talent by youth. Association of Indians in America, Inc. Illinois Chapter proudly organized ‘Group Dance Competition 2014 -Youth Talent Show on Sunday – July 13, 2014 at Hinsdale Community House, 415W. 8th street, Hinsdale, IL 60521 from 4:00pm. This was really a unique performance by the Best in the Business. High Voltage Dance Performances were presented by 11 top teams from Illinois. This was hailed by more than 400 strong appreciative Spectators. It was full house there was no place to seat including the audience where standing behind to get a glimpse of it. No one wanted to leave. The talent show consisted of performances by youth, as well as a talented group of elders between 60 to 65 years.

National Anthem of US and India were sung by Anil Sharma. After this Dr. Ghanshyam Pandey introduced Salil Mishra, President, AIA Illinois, who in his welcome remarks said AIA has tried to achieve its objectives and implement its strategies, He thanked the Board for its support. He welcomed all those present and also applauded the efforts put in by youth. 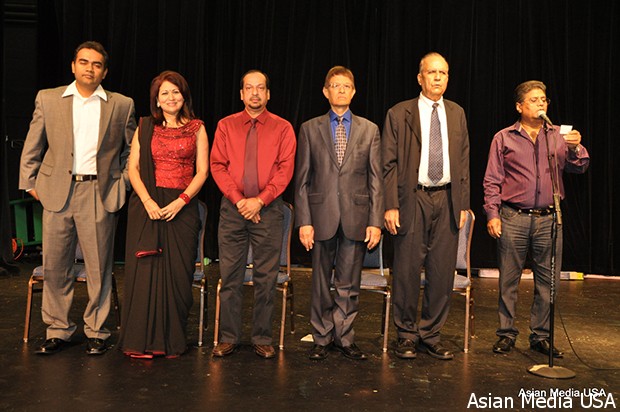 Dr. Ghanshyam Pandey proudly presented Mr. Naren Patel, a prominent Chicago Businessman and National Vice President of AIA. He is President and Chairman of Medstar Laboratory and Chairman and Prominent Board Member of many organizations.

“I am proud of you all participants because of your performance will inspire our youngsters to keep alive our culture and tradition which is the main goal of AIA by arranging this dance competition for last few years” said by Naren Patel National Vice President of AIA . In his short yet sweet speech remembered one and all who had helped him in performing his duties He appreciated all talented participants for their efforts in presenting their performances.

Dr. Ghanshyam Pandey, Chairman Board of Trustees said, AIA has always put special emphasis on youth programs from the beginning of its inception and has organized youth and children’s programs every year during the 1980 period and many second generation Indians were involved in the youth programs at that time. After a lapse of few years the AIA is re-starting youth programs and youth talent shows and this is one example of it. Dr. Pandey gave complements to President Salil Mishra for bringing his expertise and resources to the organization and most of all his generosity. 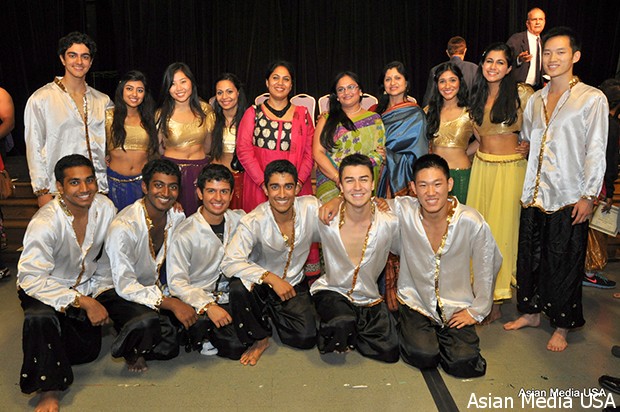 Santosh Pandey, Treasurer, AIA conducted the program and did an excellent job as a Master of Ceremony. This was a youth talent competition for dancers and about 11 groups participated in this competition.

At this stage, Competition winners were announced. Beena Patel invited all the participating groups on stage and commended their performances and said it was difficult for the judges to decide who is the best. All participants were given Certificates by Naren Patel. 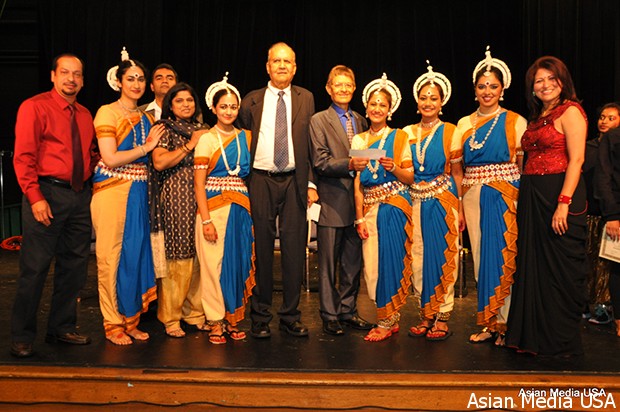 It was very close contest judges took more than 20 min to decide the winners. It was very close contest. Every group which had performed had unique style and presence. There was Bhartanatyam ,Garba Rass, Bollywood, Kathak, Qawali (mujra style), Odissi, Lawni and Fusion dances. The dance competition represented the entire India. The quality and performance of each and every group was a eye popper the audience where spell bound. The Dance represented all the Indian colors. It nice to see our Indian American youth performing so well. This was one of the best performance of year 2014

Dr. Ghanshyam Pandey, Chariman Board of Trustees and immediate past National President declared winners of the competition and presented the prizes to them as follows: 1st. Prize $700 to Anubhav Group from NWU; 2nd Prize $500 to Odissi by Utkaala Dance Academy and 3rd. Prize $300 to Bollywood Pataka by Bollywood Pataka by Bollywood Rhythms and a special Consolation Prize of $200 was given to Kalaapadma Dance Academy. 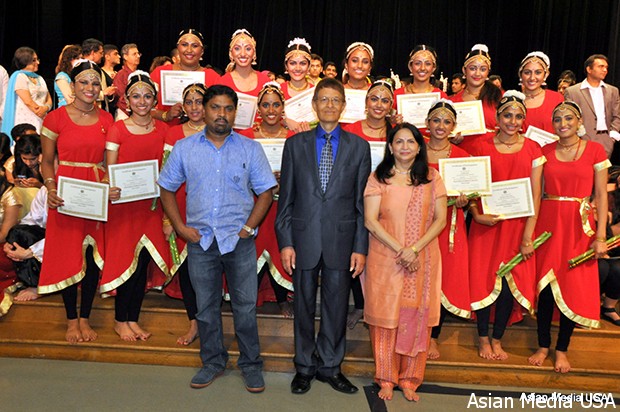 The Association of Indians in America (AIA) is the oldest national association of Asian Indians in America. It was founded on August 20, 1967 after the United States Congress passed the Immigration Act during 1965-66, repealing the Asian Exclusion Act of 1917. The Constitution of the AIA was adopted in 1970 and was incorporated in 1971. AIA obtained the IRS exempt status in 1973. AIA is the grass root national organization of Asian Immigrants in the United States, fostered on the democratic principles of “one member one vote”, with chapters and membership spread across the United States of America. AIA represents the hopes and aspirations of those immigrants who are united by their common bond of Indian Heritage and American Commitment.

The vote of thanks was proposed by Beena Patel who thanked the Dance Gurus for continuing dance education to our children and parents for keeping our culture alive for years to come by instilling traditional values in them.