Share a Smile’s Mission Statement:
“We value the vision that no activity or amount is too small, by providing the community a platform to bring their resources together to make a difference.”

Chicago IL: Share a Smile is a registered 501C, charitable non-profit organization with a unique global vision to share and give back to seniors and the less privileged, by identifying those who are most vulnerable and underserved, first within the community and then reaching out to India and other parts of the world. In the preceding years their fundraisers have contributed to a senior home in India, to welfare projects in Africa, to an international eye care foundation in India, educare.org and flood relief in Haiti. For the last 3 years they have identified a senior care home called Sukhdam on the out-skirts of New Delhi as the principal beneficiary of their fundraisers. 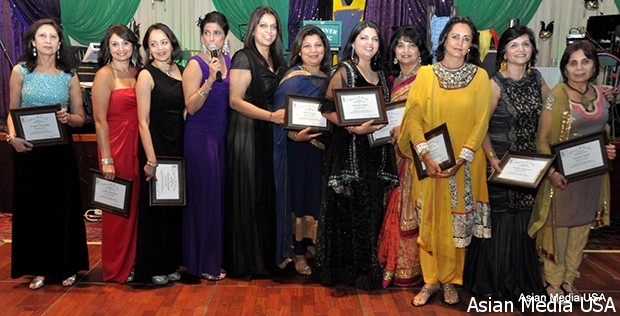 Locally, Share-a-Smile Chicago members volunteer at BACOA (Barrington Area Council for Old Age) to deliver a hot and nutritious meal to support home-bound seniors and people with disabilities, allowing them to live independently in their own homes, with dignity and self-respect.

In 2014, their Annual Fund Raiser was held at India House Banquet Hall on Friday March 14. They held a Masquerade Ball and the night’s entertainment featured music by Hemang Thakkar, Vocalist of “Rhythm of Dreams” Group and Anis Chandani, an accomplished flute player of “Sa Re Ga Ma Pa” fame with 3 other live-band members and a 45 minute magic show by John Measner, an illusionist extraordinaire who has been entertaining people for the last 25 years.

SASC President Neelam Bhardwaj in her welcoming speech said, “Share-a-smile Chicago started as a small group in 2008 that would organize a lunch with the objective of getting the Seniors of Barrington Area together to socialize and have fun. These luncheons are still held every month and help our senior citizens foster connections with their peers and have a good time. We serve a simple, vegetarian lunch and provide transport to the seniors those have difficulty getting to the venue. These social afternoons are funded by each member individually and not from the funds raised at the annual fundraiser. In the last year, the SASC lunch group has lost two very dear seniors Mrs. Rajkumari Bhatara and Mrs. Radha Ahuja and their absence was sorely felt.

In recent years the organization’s vision has grown to encompass a global scale and we have taken on greater responsibilities towards senior citizens both in Chicagoland and in India. It is extremely gratifying to see you all come here to support the Organization and on behalf of the entire SASC team I would like to thank you for your patronage and support. I hope you will enjoy this evening.” 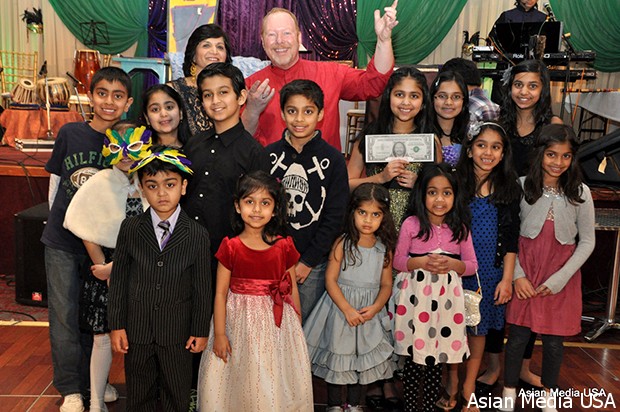 A Slide Show was presented to show some of the work that has been accomplished both in India and locally. The president of SASC went on to say, “Before we adopted Sukhdham as our principal charity in 2011, I personally visited and it is difficult to describe its pathetic condition. However in the last 3 years after we adopted them, there have been significant improvements in their capacity and living conditions.”

She further continued to say, “We are happy to announce two new initiatives for this year. The adopt-a-senior program whereby, for the cost of $600 per annum, all the needs of a senior citizen in Sukhdam will be taken care of including shelter, food, clothing and medical. 15 Seniors have already been sponsored and we are still looking for 13 more adoptions. 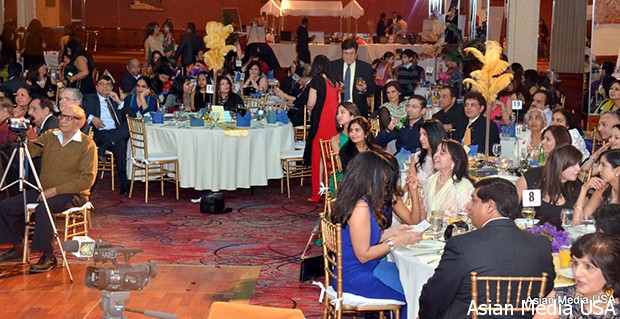 Treasurer Sunaina Reddy shared a quick Financial Report, described how the funds were used last year and also shared the names of all patrons who have already adopted seniors in the pre-event launch.

Last year, $11000 was raised at their Annual Fund-Raiser out of which $10000 was sent to Sukhdam and $1000 donated to BACOA. Our Gross Revenue comprises of the income generated with ticket sales, brochure advertisements, raffle sales and other monetary donations. Board members are all volunteers and do not draw any salaries. In the preceding years, their fundraisers have contributed to other welfare projects in Africa, Sankara, and an International Eye Care Foundation in India, educare.org and flood relief in Haiti.

A prize of an return air ticket to Abu Dhabi was donated by Ethihad Airlines for a raffle draw. A silent auction was held for various items donated to SASC by Saahil Exclusive of Devon Street, Avantique Jewelry, Tanu Singh, Vchilli and Travel Center – Chicago.

Past Committee Members were given commemorative certificates for their selfless services. Appetizers and a sumptuous dinner was served family style. It was pleasant to watch children and adults dressed beautifully in gowns and black tie with masks on their faces. Formal photographs were taken on the red carpet by Suresh Bodiwala, Chairman of Asian Media and Jyotikumar Chokshi, Editor, Asian Media, who covered entire event. 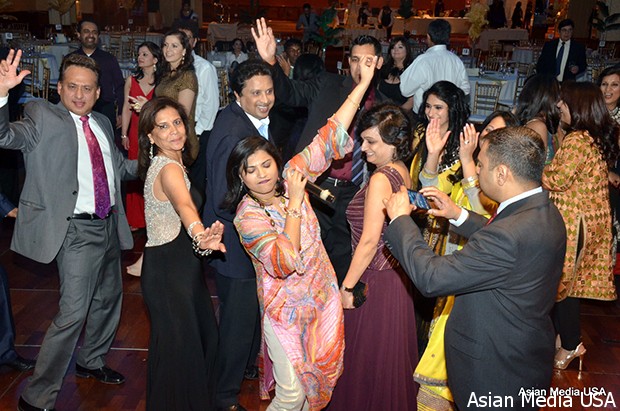