Carol Stream, IL: Republican Party is truly going all out to reach out to the minority and ethnic communities to build a new coalition. The occasion was to celebrate Diwali, Jain New Year, Guru Nanak Jayanti, Bharatiya New Year and Jai Bharat and Modi Vision the campaign of Manju Goel, a first generation Indian American, for U.S. Congress by Manju and Rajeev Goel Family supported by Bharatiya Senior Citizens of Chicago. The event was held from 1-00 to 8-00 pm on Sunday, November 17, 2013 at Rana- Reagan Community Center located at 343 St. Paul Blvd Carol Stream IL. This event was full of activity, entertainment, fun and food. 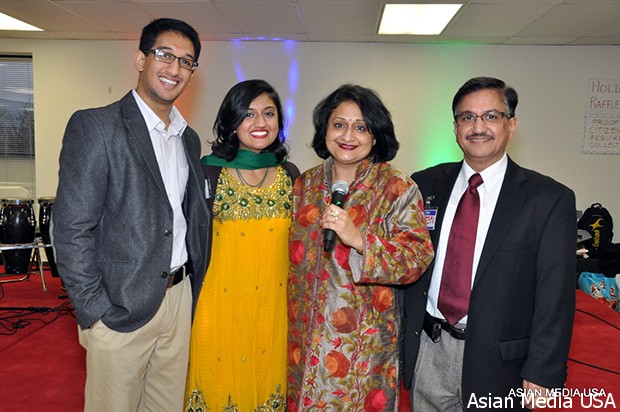 Alka Tyler introduced Manju Goel as the voice of the people and the voice of common sense. She highlighted her personal experience in the healthcare industry as a big asset to the Indian American population, who, disproportionate to their population, represent 8% of all physicians in the country.

Manju told the cheering crowd: “I ‘m running for congress because America is on the wrong track. We’re spending $1.35 for every $1.00 we bring in. We’re discouraging rather than encouraging entrepreneurs and job creators with burdensome regulations. I am deeply concerned about our children’s future. More than half of recent college graduates are either unemployed or under-employed. Why? Because businesses have no incentive to expand and create jobs because of high taxation, massive regulations and the biggest of all job-killers, Obama care! I believe in fiscal responsibility. Since my childhood I was taught that first you deserve then you desire. I was taught to earn and save before I spend. I still do not buy anything unless I can afford it. I instill these same principles in my children. If elected, one of my top priorities will be to do away with deficits and pass a constitutional amendment to balance our budget”. 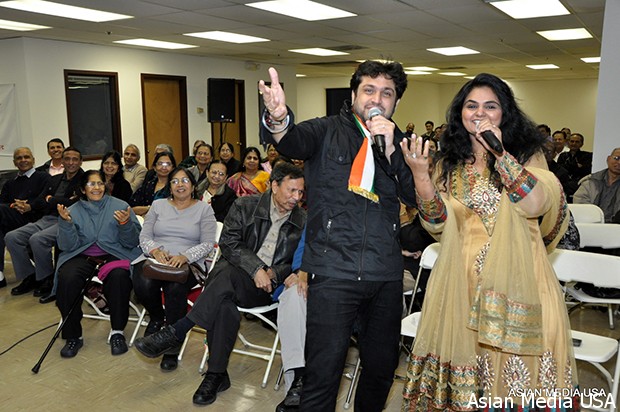 Manju requested audience to actively participate in this bigger cause of electing at least 4 Indian American candidates in US Congress in coming years, irrespective of the party boundaries which is more representative of the 1% Indian American population in the country. She asked the participants to reach out to their friends, families and neighbors to spread the word for support.

This is a moment of great pride for the Indian American community across the country. The Republican Party leadership has recognized that Manju epitomizes the core values of almost all Indian Americans – living within one’s means, hard work, free enterprise, education, and family values. They share Chairman Kumar’s vision of a free, safe and prosperous America for our future generations of all Americans especially Indian Americans. Vijay Goel, Haribhai Patel and other leaders from Bharatiya Senior Citizens of Chicago appraised the attendees about the procedure of voting, registration, deadline of first voting on i.e. 18th March, 2014 and final voting on 18th November, 2014.

Without the proper political context, Illinois-8 may not seem to offer the GOP a great opportunity for a Blue to Red Seat Conversion. Pundits point to the fact that the District is a D+8 district- meaning all things being equal, a hypothetical Democrat beats a hypothetical Republican by 8 percentage points. After the District Lines were redrawn by Illinois’ Democrat-controlled legislature, Democrat Tammy Duckworth defeated incumbent Republican Joe Walsh by a 9-point margin. In 2014, Republicans have a real shot to take this seat back- but only if we have a nominee who can break down the barriers of Party-Identity and buck long held Democrat Tradition. That is why it is so exciting that Manju Goel is running as a Republican for this seat. Manju is a First Generation American Citizen who emigrated from India 26 years ago and whose passion, energy and commitment to securing the American Dream for the next generation are absolutely infectious. As a female Minority Candidate with a compelling life story, Manju is the perfect candidate to carry banner against Tammy Duckworth. 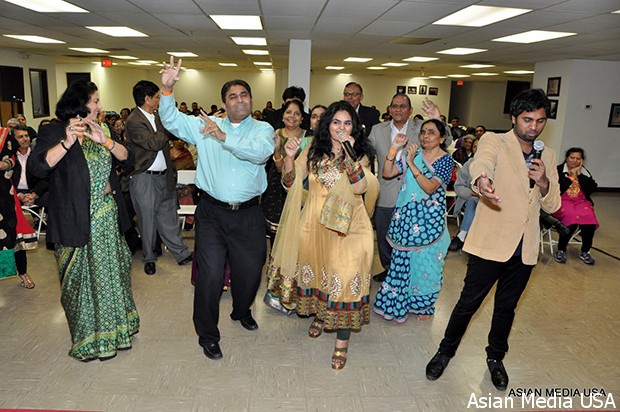 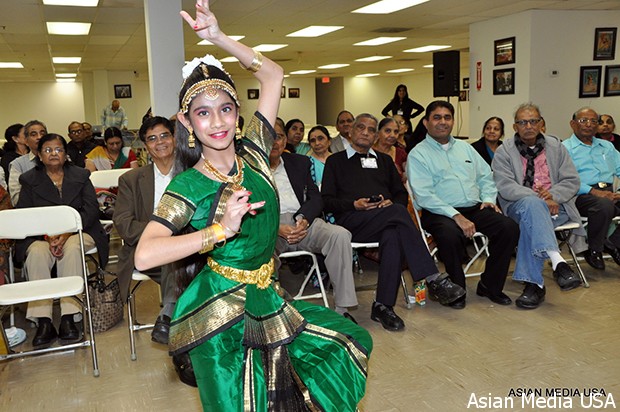 The event was well received in spite of bad weather and there was arrangement for snacks and dinner. There was entertainment program also by Mumbai Masti group to enlighten the audience with patriotic and Bollywood songs that made all present happy and hilarious.