Procession on the Martyrdom of Imam ‘Ali in Chicago"

Chicago IL: Procession on Devon Ave in regards to Shahadath death anniversary of Imam Ali was on Sunday 28th July 2013 at 3pm to 6pm. This procession starts at Devon and Levitt and ends at Warren park. Over 600 people participate in Procession. The procession was taken out in memory of martyrdom of Imam Husain and his faithful 72 companions

Imam ‘Ali ibn Abi Talib was the first successor of the Prophet Muhammad and his son-in-law married to his only daughter, Fatima Zahra. In Shi’a theology, an Imam is a Divine designation bestowed and chosen by God through His Prophet. This Divine Leadership is exclusive to the Imams’ of the Family of the Prophet Muhammad (Ahl-ul Bayt). In common usage, an Imam is also referred to a leader of the mosque or a scholar. 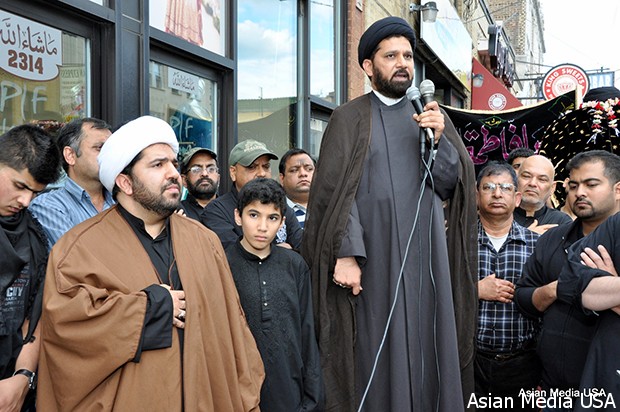 In the 40th year of the Islamic Era, the early hour of dawn of the 19th day of the glorious month of Fasting (Ramadan), Imam ‘Ali was struck by a poisonous sword by Abdur Rahman ibn Muljim, a Kharijite (Rebel) inside the Mosque of Kufa, Iraq, while Imam ‘Ali was in his prayers. The killing and murder was instigated by Mu’awiyah, a self-proclaimed caliph, son of Abu Sufiyan, the arch enemy of Prophet Muhammad.

In Countries wherever Shi’a resides on this day mass processions and gathering of mourning are convened in memory and expression of grief. Especially, in Najaf, where Imam ‘Ali is buried the pilgrims thronged to the Holy Shrine in millions. Large procession also takes place in India, Pakistan, Iran and Lebanon to name a few. In some Arab counties, such as, Saudi Arabia, Bahrain and Qatar any procession to revere the Family of the Prophet is prohibited. 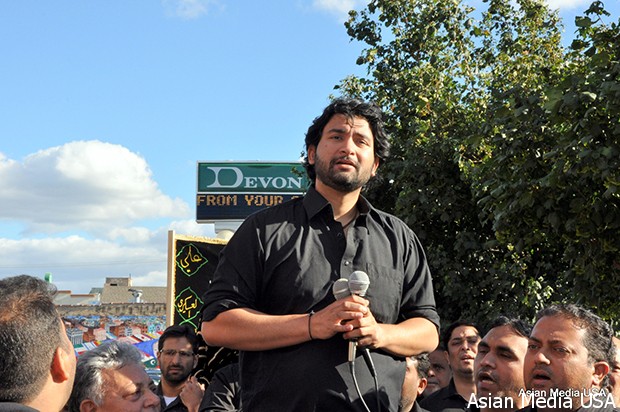 Another objective of such processions is to protest the injustices and inequities that are rampant and people are killed mercilessly for just being a Shi’a and the follower of the Family of Prophet Muhammad. Such carnage is still carried out to this day in Karachi, Saudi Arabia, Bahrain, in Syria by rebel forces. Due to political and selfish reason the pundits and Human rights Organizations have lend their deaf ears to the cries of innocent victims. 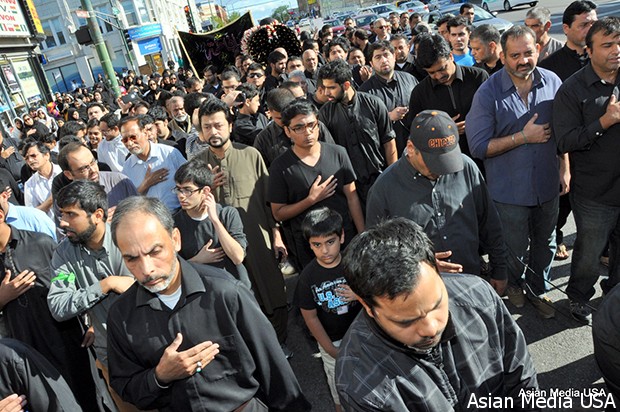 Muslims and non-Muslims of sound wisdom adore the personage of Imam ‘Ali and his contributions to the entire mankind. Through his vast Divine Knowledge multitudes have benefited regardless of their religious persuasion. It is noteworthy to mention that the compilation of Imam ‘Ali’s speeches, sermons and sayings are composed in a book entitled, The Path of Eloquence (Nahjul Balagha). Anyone seeking the path of Truth shall find destiny in this treasure of Devine Knowledge.

Edward Gibbons in the, The Decline and Fall of the Roman Empire, noted that, “the zeal and virtue of Ali were never outstripped by any recent proselyte. He united the qualifications of a poet, a soldier, and a saint; his wisdom still breathes in a collection of moral and religious sayings; and every antagonist, in the combats of the tongue or of the sword, was subdued by his eloquence and valour. From the first hour of his mission to the last rites of his funeral, the apostle was never forsaken by a generous friend, whom he delighted to name his brother, his vicegerent, and the faithful Aaron of a second Moses.”