Chicago IL: Singing auditions can be challenging even for the most seasoned singer and one has to present the best to have a chance to progress to the next level, namely, the semi-final round of Chicago Indian Icon (CII) competition. Clad in comfortable outfit of one’s choice, wearing a small CII badge, you are ready to take on this challenge. And even though the performance is in the competitive setting, when you sing your heart off, exposing your soul on stage, and listening to the sweet sounds of the audience applause when it is all over, it truly becomes a thrilling experience! It is a joy ride, and it is not the destination that counts, it is the ride that makes a difference, and being a part of this truly historic movement of the CII karaoke competition is a memorable lifetime experience!

The CII karaoke competition is making history for it is the first of its kind in the US and the response from the Indian community has been positively abundant, exploding every imaginable bench mark, and propelling itself to the forefront of music-lovers’ dream of a unified musical platform where everything is possible. The dream, vision, and behind-the-scene hard work of the founding five office bearers of Indian Event Management have made this dream a reality here in Chicago. 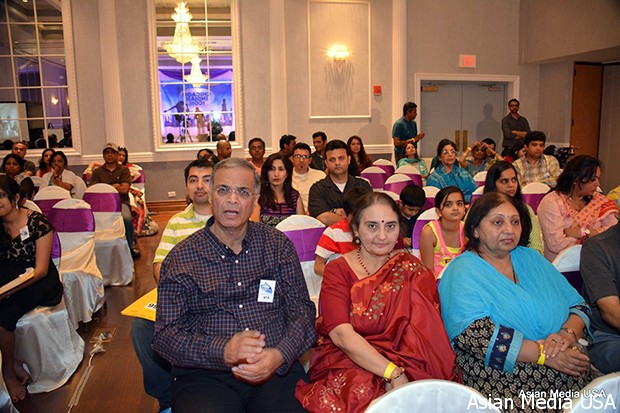 The third and final audition of the CII was held on Sunday July 21st at the beautiful Ashyana banquet hall, where the atmosphere was pulsating with energy, enthusiasm and anticipation. The program commenced with Mr. Brij Sharma, the president of the Indian Event Management, by re-emphasizing the passionate commitment of IEM to serve the community. He updated the global audience of the significant progress that IEM Inc. has achieved in such a short time since its inception. In addition he directed everyone’s attention to a major milestone in this beautiful musical journey, namely, the Media Partnering with TV Asia. He further stated that TV Asia would broadcast 30-minute episodes of CII karaoke competition from the beginning to the final crowning of the CII on September 21, 2013. 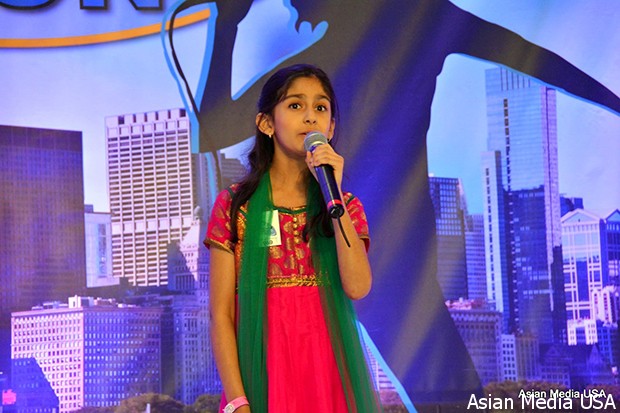 The Chief Guest for the event was Dr. Thomas John, a prominent, world-renowned, Harvard trained, ophthalmic surgeon and cornea specialist of Indian origin. He reviewed the history of karaoke, the spirit of friendly competition, and above all the power of music that is deeply unified with human emotions and its ability to bring people together as a single cohesive group. He stated that we, Americans of Indian origin are from diverse backgrounds and the ultimate recipe for bringing unity and cohesiveness in our diverse Indian society is the voice of music! 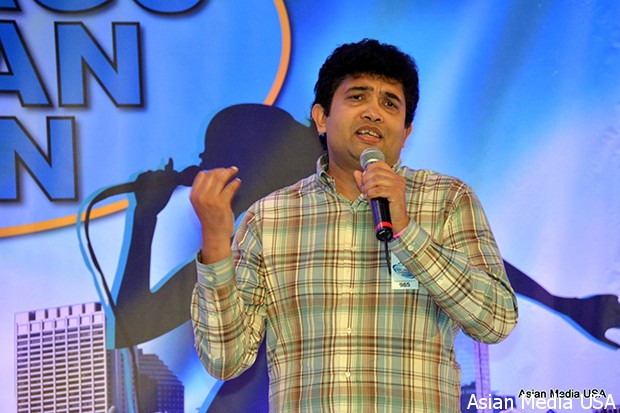 The contestants started lining up two hours ahead of time and the audition continued until midnight. The audition was being streamed live over internet Some of the highlights of the day included Priyanka Khanna and Suraj Patnaik getting standing ovations from the audience. Equally favorites in a different categories were Rahul Jain, Gautam Khanna, and Mona Malhotra. The top Duet item was performed by Bharat & Nehali Dhutia and the fun, energetic group item was from the movie ‘Dil Chahta Hai’, performed by Ravi Dudeja, Gautam Khanna, Gaurav Khurana & Sanjeev Arora. It was incredible to see the vast talent in our Indian American community. A number of participants dressed according to the theme of the song. While some group performances displayed creativity and presented the wow factor, the others brought audience to the dance floor.

Pratibha Jairath, the Vice President of IEM spoke about the coming attraction of semi finals. “Public has an opinion and wants to be heard”. Semi finals will give an opportunity to the audience to be involved in the decision making process. The ‘audience votes’ and ‘judges votes’ are each fifty percent, so the participants would love to bring their family members and friends to vote for them.

Top six performances will be selected from each category to enter into the semi finals. The first semi final is scheduled to be held on August 4th at the Waterford Banquets in Elmhurst, and the second semi finals is scheduled for August 25th at the Ashyana Banquets in Downers Grove. “Make sure to vote for all contestants” was the message from Sharan Walia, the Director of Management and Planning. Audience voting was tested in the third audition to give people a flavor of “what is coming ahead.” He was very excited about online voting at the Grand Finale.

Raju Bankapur, the Director of Execution and Planning and a professional singer himself was very pleased to get the positive feedback from participants about chief guests for semi finals and legendary singer Shardaji and Saregama finalist, Sniti Misra. Once again he and his team did a spectacular job of complicated execution process.

The energy of the event was clearly reflected in the platform and the awesome MC’s displayed their charisma. Actress Chinmai Bhatt and TV personality Saurine Thakkar looked marvelous, and demonstrated their positive and fun spirit throughout the long day. “Folks loved the DVD’s of previous audition that were available for purchase” said Anoop Walia, the Director of Public Relations who along with his team did a superb job of the handling several contestants registering at the same time. “This is not a mere audition, therefore the singers loved the beautiful stage, amazing sound system and the high quality of professional Viedography,” he added.

The staff of Radio Chann Pardesi, IEM’s sole radio partner was at their best again and interviewed contestants before and after the performances. R.J. Sachin is gaining popularity with both, the IEM team and the contestants. As a matter of fact, Chann Pardesi team even presented a scintillating group performance in appropriate apparel that matched the theme of the song.

The CII musical magic is happening now and it will soon spread to other parts of the US. In fact, not only is it attracting viewers from all over the globe who can watch this Indian musical competition happening in real time, it is also attracting contestants from outside the US, namely, Canada. The propelling fuel to this grand success of CII is the musical spirit of the competing singers and you, the music loving audience, and together we will continue to become a grand success story where each and every one of us is an integral part of this musical magic of CII karaoke competition.