Overwhelming community support given for a noble cause of Uttarakhand Disaster

As the hall slowly filled with families and friends, the prominent Desi junction Radio Host Mr. Jassi Parmar and Mrs. Sudha Upadhyay a native of Uttarakhand took charge of the stage as Emcee. The program begin with a “Ganesh Stuti” by Sree Mohanty a professional singer followed by Indian national anthem by her & United States national anthem by Dr. Hans Upadhyay a native of Uttarakhand. A moment of silence was observed.

The main organizers Ravi Rawat, Jagmohan Jayara and Vandana Dalal were called upon to the stage by the MC to welcome the guests. Mr. Ravi Rawat shared his feelings and experience while he was in Uttarakhand during his childhood and the respect he got from the people all over the world for being native of Devbhumi Uttarakhand, he also urged the community to be United in times of national emergency and attesting the theme of our Indian national anthem; “Punjab, Sindh, Gujarat, Maratha, Dravin, Utkal, Bang” as people from all states of India were present at the event. He prayed and hoped that the normal life will be restored soon in the Uttarakhand region of holly Ganges. Mr. Jagmohan Jayara thanked the community and said that Devbhumi Uttarakhand belongs to all of us. He updated the crowd on questions and queries of individuals on the use of funds; he assured that every penny will be used to benefit the affected individuals at grass root level. He showed his optimism to rebuilt Char Dham Uttarakhand. Vandana Dalal executive director of MAAC (Midwest Asian American center) a not for profit organization 501(C)(3) introduced Ravi Rawat the president of MAAC and Jagmohan Jayara the Director of MAAC by highlighting how their organization is supporting this great cause. 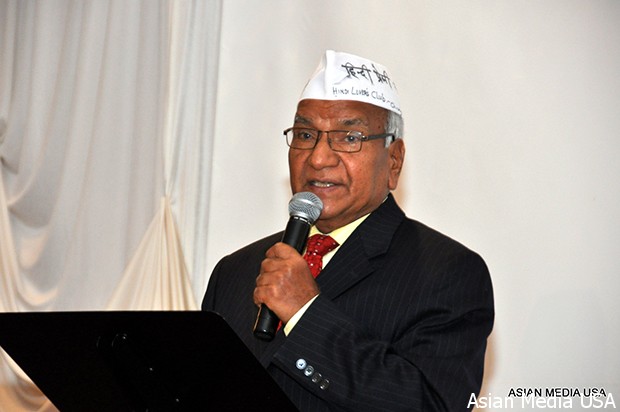 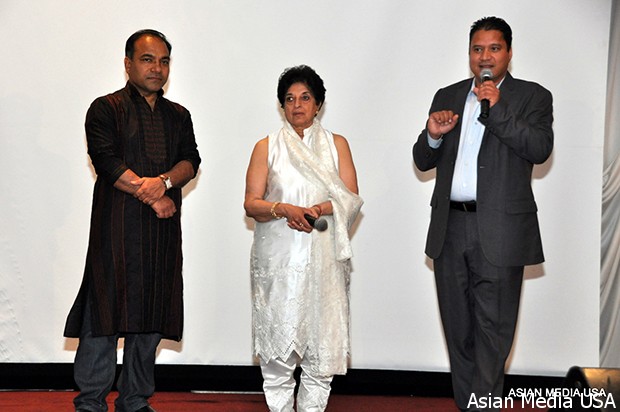 A heart touching video presentation featuring Char Dham Uttarakhand, the devastation and destruction in the Uttarakhand and the rescue operations by Indian Army compiled by Nilesh Patel was followed by a keynote speech from philanthropist and a native of Uttarakhand Mr. Jodh Singh Rawat who gave glimpses of mythological Uttarakhand and a modern Uttarakhand. Mr. JS Rawat spoke about how Panch pandvas went in the Kedarnath on the way to Vaikunth and only Dharma raj Yudhister and a dog were survived till end. He also threw light on how the Char Dham Gangotri, Yamnotri, Badrinath and Kedarnath were established by Adi Shankarachayra. He further added that Uttarakhand was founded on November 9, 2000 as the 27 state of Republic of India, having its capital in Dehradun. The population of Uttarakhand is 10,116,752. Out of total area of 53,484 square kilometers 93% is mountain. Garhwali and Kumauni are the two main regional languages and Hindi is the most widely spoken language, Mussoori, Nainital, Almora, Pouri, Tehri, Srinagar, Rishikesh and Haridwar are popular towns of Uttarakhand. 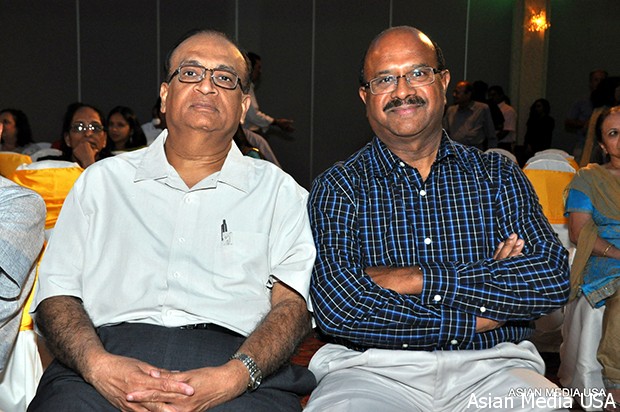 As soon as Emcees Jassi Parmar and Sudha Upadhyay announced the fundraiser Mr. Sunil Shah founder of new FIA took charge, he highlighted the tragic event of last month the Himalayan Tsunami and India’s worst Natural disaster of such an immense magnitude killing thousands of people. He said we all watched day after day helpless, sad and frustrated at our place, today we have opportunity to contribute to a mighty cause let’s pledge together, yes we are ready to extend our arm with heart full of compassion and kindness. His emotional appeal straight from the heart literally moved the entire audience and inspired them to donate generously. The checks were flowing and names were being announced of the noble donors, Mr. Om Dhingra pleged to adopt 2 orphan kids till there college education.
At this point Mrs. Shree Mohanty was joined by Mr. Ajai Kumar who sang duo with her, both were fabulous and there song selection was outstanding the crowd was seen enjoying all the favorite Bollywood numbers of theirs.

Speeches at the event were also given by Mrs. Anuradha Negi (vice consul, Indian Consulate Chicago) native of Uttarakhand and Mr. Sanjiv Pandey a Chicago based entrepreneur who spent his child hood in Joshimath (Uttarakhand). Both shared their feelings and experiences of Devbhumi Uttarakhand and showed their gratitude to all the supporters and attendees.

Mr. Jassi Parmar and Mr. Sunil Shah complimented and praised entire Chicago Indian community for being generous, which has always in unison stood for any cause and events for our country India and emphasized that there is a emergency and urgent call from our motherland and we need to respond. The checks kept flowing while names were being announced of the noble donors Mr. Suryakant Patel president Gujarat Samaj, Mr. Pritesh Gandhi, Mrs. Sudha Upadhyay, Mrs. Vandana Dalal, Mr. Jagmohan Jayara and Mr. Ravi Rawat were noticed collecting and counting donations.
And when the total amount was announced by Mr. Shah of $53,000 left everyone pleasantly amazed and satisfied that our target was reached. Later Mr. Ravi Rawat added that there were more donations on line by PayPal and prior the event, which is nearly $61000.00 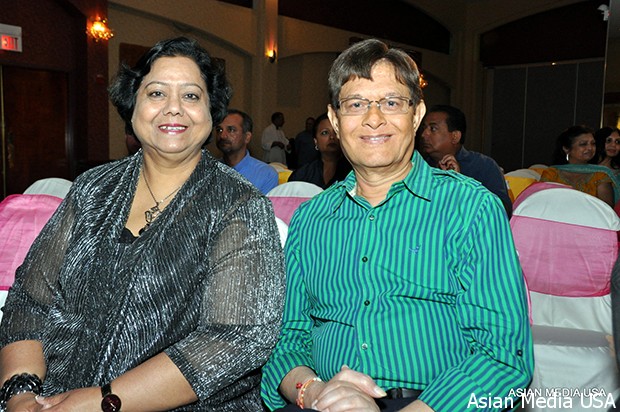