India Tribune Nite …a sensational treat of fashion and dance

Rolling Meadows, IL: It was extravaganza of fashion, dances, breathtaking lights and sound as India Tribune presented the India Tribune Nite 2013 which rocked a capacity audience at the classy Meadows Club here on Saturday, July 13, 2013.

‘Outstanding…”, “breathtaking”, “the best community event”, were only some of the accolades which were heard, as the audience were treated to a vibrant fashion show by Studio Elite choreographed by Monica Gandhi and presented by Shahida Khan and Abiha Javed Khan. This was followed by a truly memorable dance concert aptly titled “Dance, Vance te Rhythm Suhana” by performers from Hollywood and Chicago led by choreographer and dancer Shivani Thakkar. The show was conceived and scripted by Madan Kulkarni and narrated by Shebani Kulkarni. 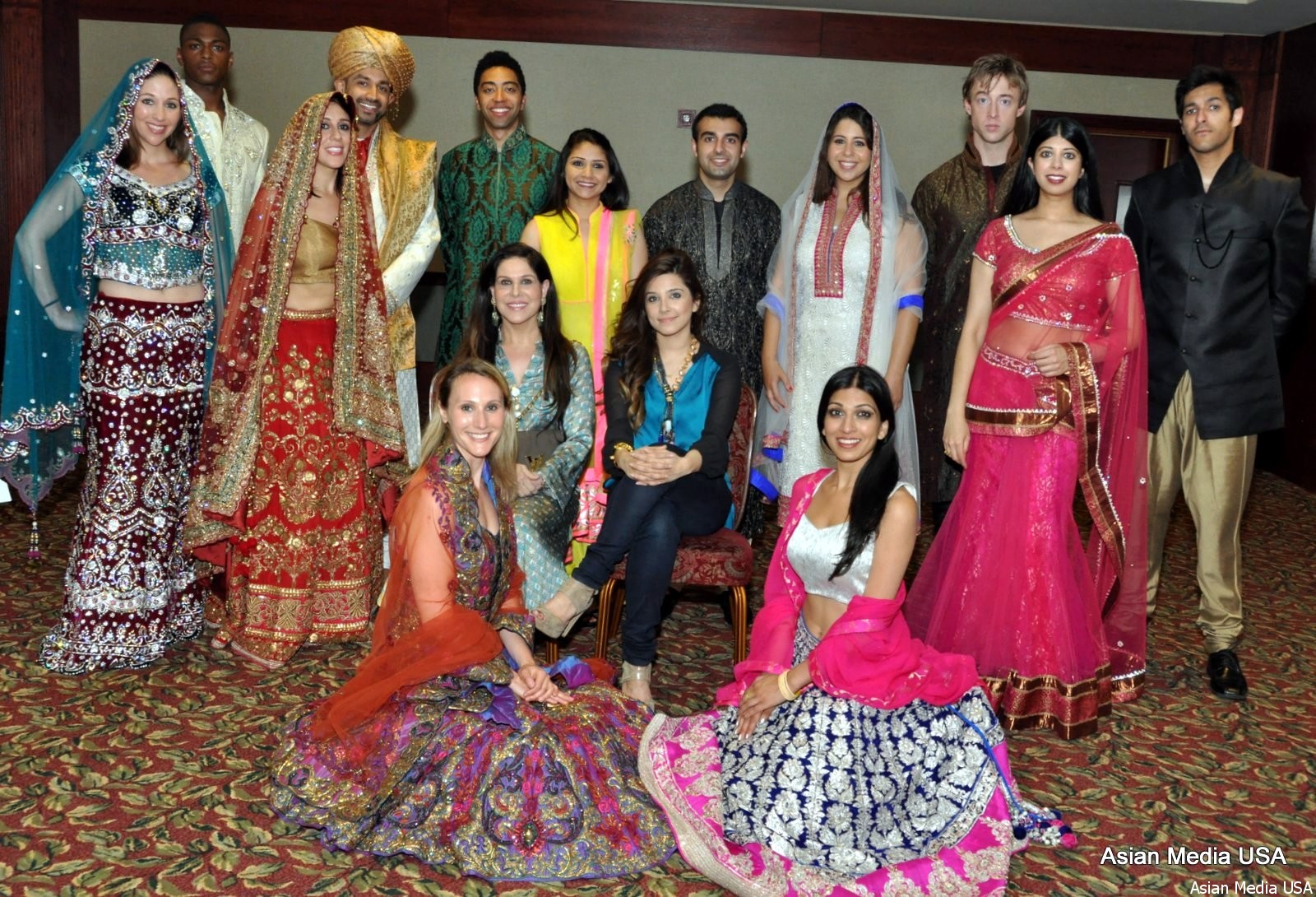 The finesse and energy of the MKM Bollystars from Hollywood, the sensuousness of Arabian dancers Megan and Jessica and the breathtaking pyrotechnics of hip hop and breakers Danny Haywood and the Brave Monks from Chicago had the audience gasping in awe and appreciation. 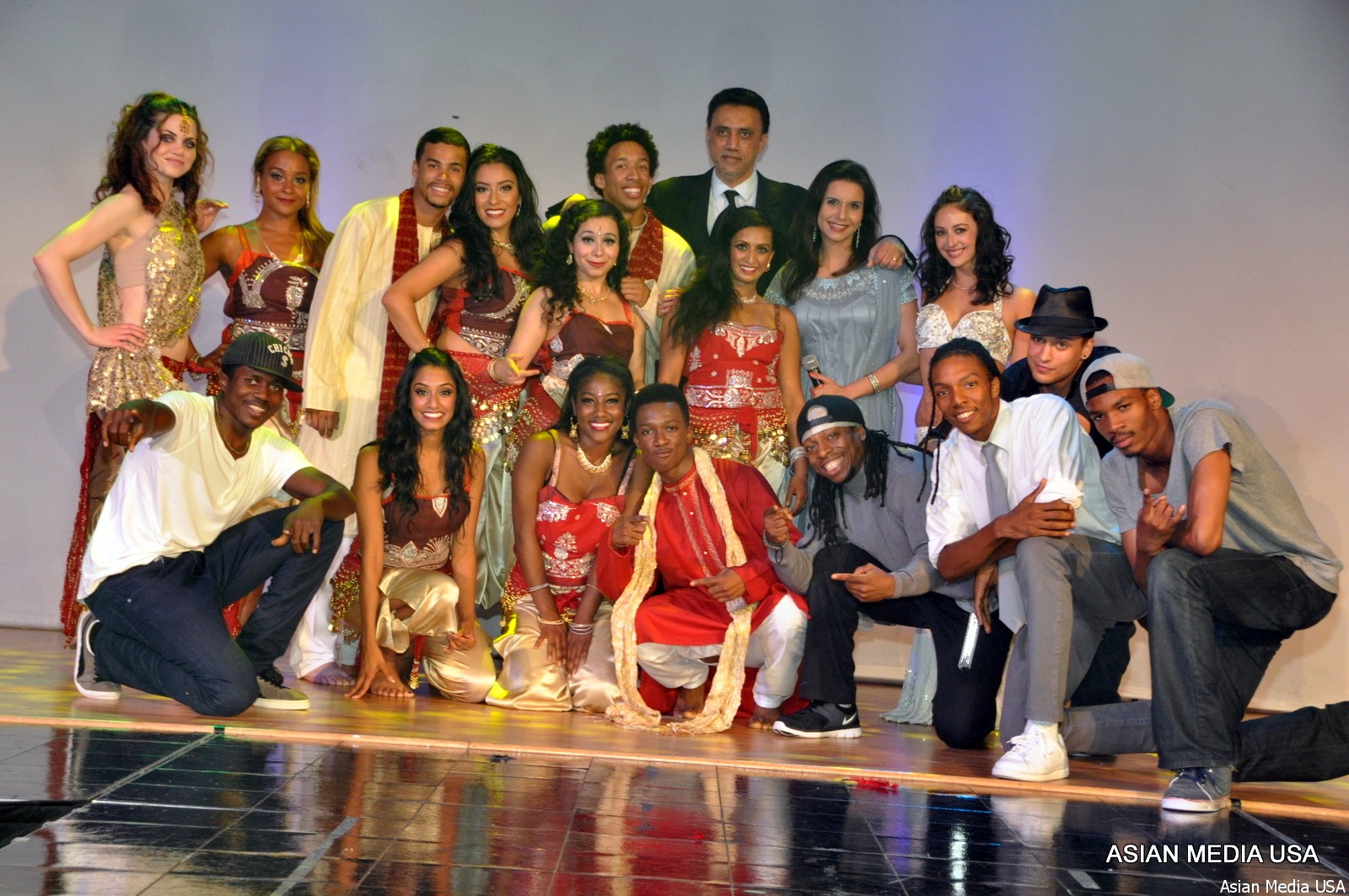 The evening began with a cocktail hour which featured some tasty appetizers and top shelf spirits served by the attentive staff of the Meadows Club. The attendees were immediately in high spirits and walked into the main ballroom with high expectations. Their expectations were justified as they settled into their seats marveling at the table décor, the soft lighting and the brightly lit screens.

Tanya Prabhakar launched the evening by welcoming the audience and introducing the first performance, an invocatory number by Leah Nandy, a student of Guru Dilshad Khan. It was a very skillful performance with beautiful movements and expressions in the Kathak Style of dance.

The invocation was followed by the introduction of Congressman Danny Davis by Tanya. The Congressman then read out a special proclamation applauding and appreciating the contributions of India Tribune and its publisher Prashant Shah to the community in the US.

Eric Shah of India Tribune then spoke briefly to the audience and emphasized the fact that the evening was going “to be and about entertainment, entertainment and entertainment”.
Following this Leah Nandy presented the “Agneepath” dance which again wowed the audience for its subtle grace and footwork.

The fashion show then presented by Studio Elite held sway for the next 30 minutes as energetic and sprightly models paraded an exquisite collection of designer outfits by leading designers from South Asia. The churidars, lehengas, kaftaans and other accessories sizzled under the dazzling lights and through innovative presentations conceived and choreographed by Monica Gandhi. The audience were mesmerized by the rich designs and intricate work on the outfits presented.

A brief glimpse of the cultural show which was to follow the dinner was then announced by Shebani Kulkarni and a riveting presentation of classical and fusion styles, Dola re & Dum Dum was presented by the MKM Bollystars from Hollywood. It raised the expectation levels of the audience as a gourmet multi-course dinner was served to the audience with wine and champagne service. The gourmet dishes made by the chefs of the Meadows Club and the prompt service drew a lot of appreciation from the audience.

Apart from the desserts the mood was enhanced by some melodious songs by Chicago songstress Kathakali Das Gupta.

Post dinner the audience settled down to witness what can only be termed as a command performance by the extremely talented performers from Hollywood and Chicago. A heady mix of Indian, Latin, Caucasian and Black performers gave their own twist to famous Bollywood tunes which reflected the international appeal of Bollywood music and dance today. The choreography of Shivani Thakkar was exceptional and innovative.

The classical element was first introduced to the audience by narrator Shebani Kulkarni and then a short video clip showing famous classical Bollywood performances over the years was presented. This was followed by an extremely expressive Bharat Natyam piece “Bho Shambho” by choreographer and dancer Shivani Thakkar. Black and Latin performers Erica Duff and Gloria Lanuza delighted the audience in their traditional Indian outfits as they performed to the Taraana from the movie Thak Shak in “Bollywood Natyam”.

The lyrical element of Bollywood was then presented by the MKM Bollystars, DeVaughn, Derek, Yasmeen and Meghan Nichols. Set to some brilliant lighting by Mike Kellner the dance was a visual delight.

The vibrant and colorful folk element of Bollywood was demonstrated by a video clipping which was followed by the Spirit of Rangeela presented by Megan and Jessica which featured colorful props and entrancing movements. This was followed a high energy Rajasthani folk style presentation of Dholna by the MKM Bollystars. The color, the beats, the lights and the dancers had the audience in raptures.

The pop and hip hop sections were then introduced to audience and a brilliant James Brown number Good Foot, choreographed by Cheryl Baxter was presented by Derek and Tom in the true tap dance style of Hollywood greats. It was both a slick and engaging piece which lent a variety to the show.

Next the guests were treated an explosive, energy driven piece of sheer technique, skill and pyrotechnics by Danny Haywood and his Brave Monks of Chicago. Dancing to drums of AR Rahman’s Ishq Dance the skill of the performers in hip hop, lock and pop and street dance styles drew repeated gasps of amazement from the guests.

Cabaret ad Mujra was the next segment which was introduced with a short video clipping and true Bollywood cabaret style opening number Apni to jaisi taisi instrumental by Jessica Beuckman. And then an absolutely breathtaking medley of cabarets and a mujra by the MKM Bollystars had the guests squealing and screaming in delight. Nostalgia and admiration was evident as this mixed group of dancers performed to hits like “ Duniya Mein, Piya Tu, Do Ghoont Mujhe Bhi, Ae Mera Dil, Salaam-e-Ishq, Kaisi Paheli Zindagani”, and “Chamma Chamma”. The lights and sound added to the glamour and finesses of the presentation.

A brief vote of thanks on behalf of India Tribune was then presented by Madan Kulkarni, founder and CEO of the Meadows Club before the house was brought down again by another exquisite finale presentation, a medley of Talli Ho Gayi and Jai Ho by the MKM Bollystars . 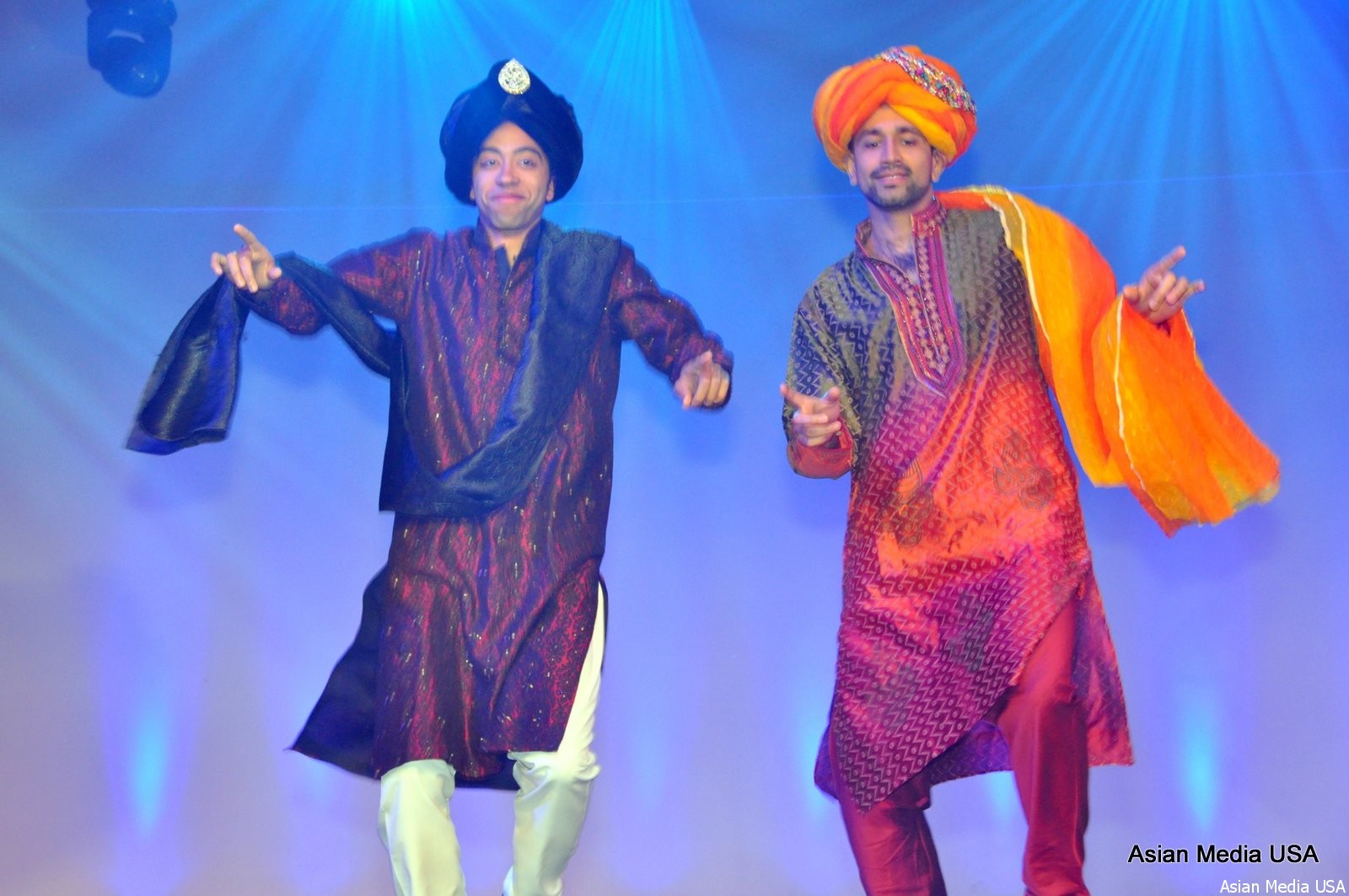 A special mention needs to be made for the brilliant lighting and sound designs of Mike Kellner and Anil Mahajan of Tantrixx and showreels for the evening put together by Sri Latha and Nagesh from Chicago and director Milind Oak from India.

Speaking later Mr Prashant Shah, the long time Publisher of India Tribune complimented the choreographers, performers and directors of the show for an outstanding presentation and said he was already thinking and planning for the next year’s event.

The audience reactions could be summed by a statement by noted physician and a decorated Gujarati poet, Ashraf Dabawala who celebrated his birthday on during the event with his friends. “ You do not get to see this kind of a performance in community events. This was truly outstanding and my compliments to India Tribune and all the performers for an amazing evening”. It indeed was…..