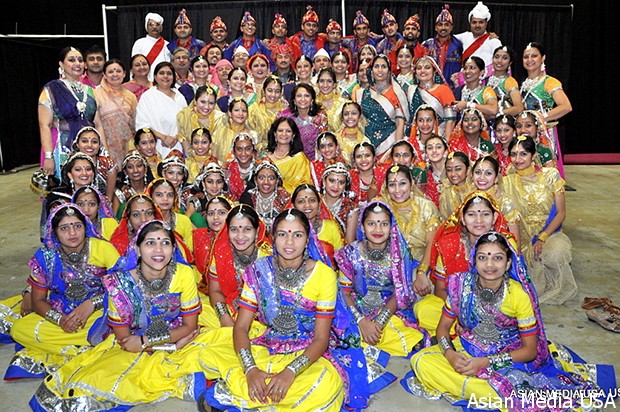 Day-1 Edison, NJ: Chaalo Gujarat, World Gujarati Conference 2012 was organized by the Association of Indian Americans in North America (AIANA) in New Jersey, USA during Friday 31, August to Sunday 2, September, 2012 at the Raritan Expo Center. Theme of third Chaalo Gujarat event was Gujarat, Gujarati, Gujaratism. There were plenty Cultural and Art Performances arranged successfully during three days’ long Conference. Everybody present there, enjoyed fully the Culture of Gujarat, its Art, literature and Gujaratism. Three days extravaganza under one roof conducted by Sunil Nayak, the person behind all these tremendous work, always love to experiment with and try to present something new every time. Owed as the biggest gathering of its kind outside India, Chaalo Gujarat attracted more than 30,000 for the duration of the conference. The State of New Jersey even issued a proclamation declaring Aug. 31 as Gujarati Day as recognition of the community’s contributions to the state. A spectacular Multimedia show encompassing “Dhanya Dhara Saurashtra & Kutch Gaatha” was an enigma in itself to watch was an amazing experience. On the first day, everybody relished the Cultural and Artistic Media Show based on Kutchh and Saurashtra region the only such program arranged within the […]