Lemont, IL: Telugu Association of Greater Chicago (TAGC) celebrates Sankranthi & Republic Day on Saturday, January 17, 2015 at the Hindu Temple of Greater Chicago, 10915 Lemont Rd, Lemont, IL. TAGC is celebrating its 44th year of service and dedication to the Chicago and surrounding areas. The event was attended by over 1000 guests from in and around the Chicago area.

Bhogi-Sankranthi is the annual festival celebrating the successful harvest. It is celebrated pompously in the southern part of India. 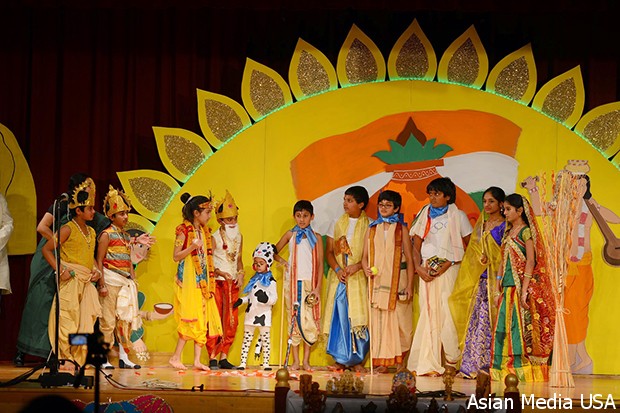 The evening was filled with activities for both the young and old alike. This years’ President, Executive Committee and members of the Chicago Area Telugu Seniors (CATS) of TAGC inaugurated the event by lighting the lamp and welcoming the guests.

Over 200 children took part in the cultural programs. The programs ranged from prayer songs to patriotic songs; traditional dances to Bollywood dances, from skits depicting Lord Krishna to dances enacting the entire Ramayana and invoking the Panchabhootams (Five elements) was showcased.

Many cultural programs presented as part of the event. Some of highlights of the cultural program were several songs, dances and skit sequences presented by children of the Chicagoland area which constituted Bhagavatham, Ramayanam, events signifying Bhogi and Sankrathi like “Muggula poti”, “Bommala Kolu”, Kuchipudi , bhartanatyam, Janapada, fusion dances including classical, Tollywood performances and group songs on Sankranthi and Republic day. Participants from young children, youth and adults, including CATS members presented showcasing the importance of Sankranthi with “Gobbillu” and “Kolatam”. The finale was presented as “Swara Madhuri” a mixture of melodious film and light music songs by invited artists. 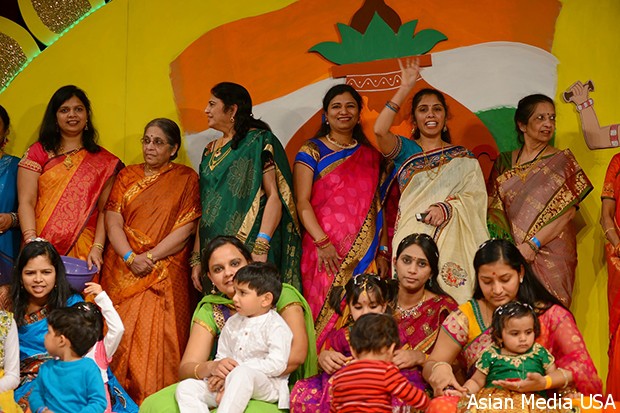 Over 40 children under the age of six, were invited on to the stage to participate in the Bhogipalla Sambaraalu. The CATS members blessed the children by pouring Bhoggi Pallu on them while singing songs.

All the participants received certificates of merit and the grand winners of the Muggula Poti were presented with prizes.

President Jagan Bukkaraju gave his presidential road map for the year, highlighting the importance of the Sankranthi and Republic Day celebrations. He summarized the activities of 2014 and looked forward to another successful year for TAGC. He encouraged all the members to actively participate and support the organization and its programs. He underscored the importance of three pillars of the organization members, volunteers and the sponsors. TAGC has pledged to focus on Youth related activities, Community services and continued importance to Women’s activities in 2015. Upcoming events are Family Fun Bowling Tournament to be held on February 21st, 2015 followed by Women’s Day Celebrations on March 8th, 2015 before the Ugadi Celebrations.

The special guests and sponsors including International Legal and Business Service Group, LLP, Professional Mortgage Solutions, Inc. and New York Life were recognized and honored on the occasion. 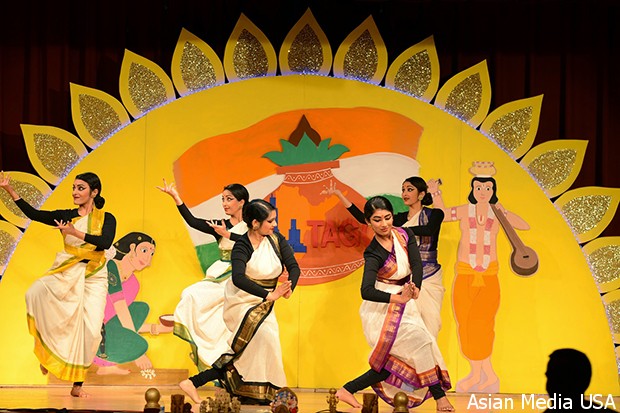