Skokie IL: On Monday July 28, 2014 Muslims from all over the metropolitan area joyfully bustled into the Holiday Inn, 5300 Touhy Ave, Skokie, IL to join in on the global celebrations of Eid Ul-Fitr. While there were various venues that held Eid prayers throughout the region, one of the largest turnouts was at the Holiday Inn was at 8:30 am, 9:30 am and 10:30 am. The block was quite a sight to passersby. Groups of individuals in vibrant Indian-Pakistani clothing flooded the parking lots as they made their way to the exquisite banquet hall to commemorate the glorious day.

Namaz was recited throughout the morning and afternoon to accommodate the 9,000 enthusiastic individuals in attendance. Despite the large masses, the Skokie Police, Holiday Inn Staff, and numerous volunteers were able to direct the crowds effortlessly and efficiently. 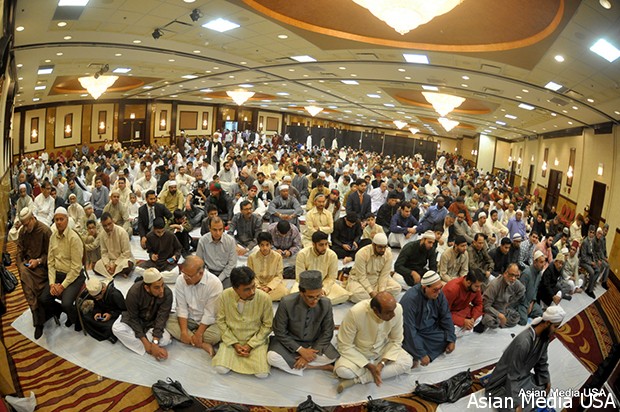 The leader of the congregation was a local scholar (i.e. Mufti) and fashion designer (see kamanionline.com) named Hussain Kamani. He hyped up the crowd by delivering a phenomenal talk on the sacrifices and reward for the Muslim’s hard work. He quoted Prophet Muhammad (peace be upon him)’s saying in which he foreshadowed the commonality of immorality, disobedience to parents and authority, usage of interest, excessive lying and cheating, drinking wine and the intake of intoxicants. Mufti Kamani walked the crowd through the reality that this is the case of our society today. Yet, despite the ungodly times we are in, he went on to say that the entire Muslim nation spent hours fasting, standing in prayer and reciting the Quran. This is definitely a time to rejoice and celebrate as Allah is pleased with his followers. Mufti Kamani encouraged the audience to stay steadfast in their worship throughout the year so that when they die, that there is a reason to celebrate in the afterlife.

After the uplifting sermon and prayer the families began to head out and the next batch walked in for the second round of prayers. As the blessed month comes to an end, many Muslims weep at its departure and are eagerly waiting for next Ramadan to come around. 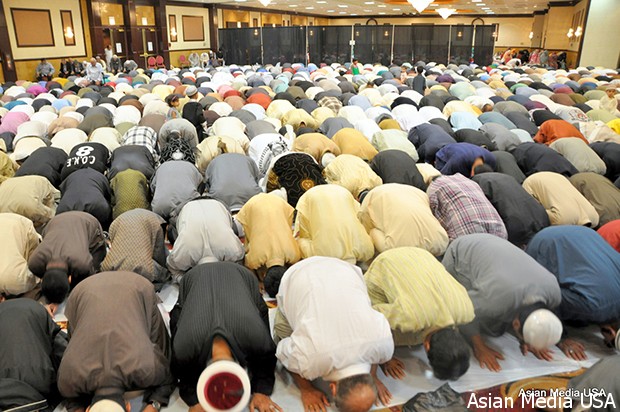 Governor Pat Quinn today issued the following statement on the beginning of Ramadan, which begins at sunset June 28th to July 28, 2014 “To all Illinois families observing Ramadan, I extend my warmest wishes. “The sacred month of Ramadan is a time of sacrifice and reflection. Ramadan offers an opportunity to reaffirm our commitment to peace and justice through the power of faith. “Illinois’ Muslim American community is rich in its diversity, and Ramadan reminds us that our common bonds far outweigh our differences. “I wish everyone a blessed and meaningful Ramadan.”

During the occasion, the governor renounced recent incidences of violence against Muslim places of worship and signed a new law to foster religious tolerance. “To the more than 400,000 Muslims across our state, ‘Eid Mubarak!’” Governor Quinn said. “Ramadan is a time of fasting, sacrifice and self-reflection. We honor your commitment to your faith and will vigorously protect your right to practice it without fear of intimidation.”

Ramadan is observed during the ninth month of the Islamic calendar and is considered the holiest month of the year in the Islamic faith. During Ramadan, Muslims fast each day from sunrise to sunset. Ramadan ends with a three-day festival known as “Eid”, which means “the feast of the breaking/to break the fast”. 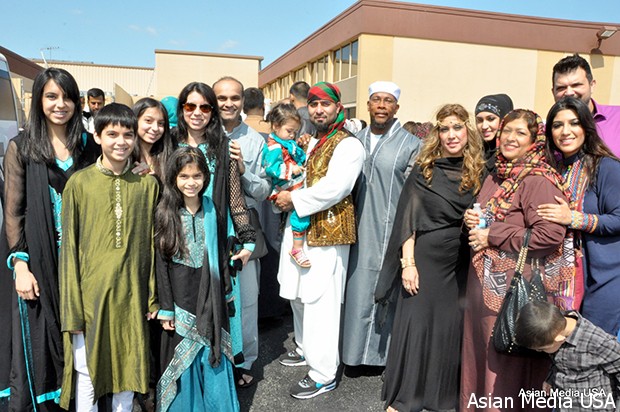 Year of 2012 massacre at the Sikh temple near Milwaukee, gunfire at a Morton Grove mosque, a bomb thrown at a Lombard Islamic school and the desecration of a Muslim gravesite at Evergreen Cemetery, Governor Quinn issued a call for respect, tolerance and harmony. In addition, he signed Senate Bill 2949, to protect college students who miss a class or exam due to their observance of a religious holiday.

“No student should be disciplined, penalized or fined for observing a sacred day,” Governor Quinn said. “This new law celebrates our nation’s basic principle of ‘freedom of religion, as well as the notion that diversity makes us stronger.” The new law, sponsored by Sen. Ira Silverstein (D-Chicago) and Rep. Sidney Mathias (R-Arlington Heights), passed both chambers unanimously with the support of the Federation of Independent Illinois Colleges and Universities (FIICU). The law is effective Jan 1, 2013

Statement by the President on the Occasion of Ramadan
On behalf of the American people, Michelle and I extend our best wishes to Muslim communities here in the United States and around the world on the beginning of the blessed month of Ramadan.

A time for self-reflection and devotion through prayer and fasting, Ramadan is also an occasion when Muslims around the world reaffirm their commitment to helping the less fortunate, including those struggling because of economic hardship and inequality. Here in the United States, we are grateful to the many Muslim American organizations, individuals, and businesses that are devoted to creating opportunity for all by working to reduce income inequality and poverty, not only through their charitable efforts, but also through their initiatives to empower students, workers and families with the education, skills and health care they deserve.

Ramadan also reminds us of our shared responsibility to treat others as we wish to be treated ourselves and the basic principles that bind people of different faiths together: a yearning for peace, justice, and equality. At a moment when too many people around the world continue to suffer from senseless conflict and violence, this sacred time reminds us of our common obligations to pursue justice and peace and to uphold the dignity of every human being. 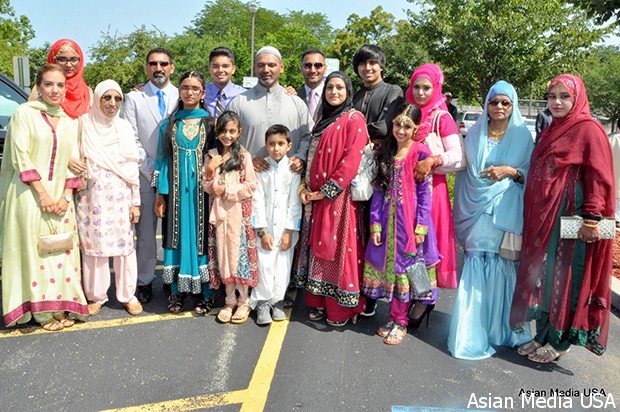 As I’ve done every year as President, I look forward to welcoming Muslim Americans from across the United States to the White House for an iftar dinner. It will be another opportunity for me to convey America’s appreciation for the contributions of Muslim Americans to our country and to wish Muslims around the world a month blessed with the joys of family, community, peace and understanding. Ramadan Kareem

Suresh Bodiwala Chairman from Asian Media USA had an opportunity to discuss with Sher Rajput regarding his understanding of the Festival of Eid he said, “I think it is not just a celebration of the end of Ramadan in which Muslims fast for 30 days. It is more the end of a spiritual training period where we develop our god-consciousness, our taqwa, and we strengthen our beliefs in Islam by trying to fully understand the Quran. That is what the celebration of Eid is truly about in my opinion”.