Rolling Meadows, IL: A capacity audience was a treated to a few hours of scintillating Bolllywood hits by a quartet of talented singers of contrasting styles in a program aptly called Yaadon Ki Baarat on Friday the 13th at the Meadows Club. The program was presented by Hi India publications and supported by The Meadows Club, Big Suchir Restaurant and Hina Trivedi. The show was produced by Classic Productions from Mumbai.
The evening commenced with a welcome by the Publisher of Hi India, Mr. Hemant Brahmbhatt, who acknowledged the various sponsors and supporters of the concert and also introduced Mr. Kamlesh Bhuptani, the national promoter of the concert.
The concert itself was narrated by singer Rupali Ghogare who delighted the audience with her intros and accompanying couplets. She also entertained the audience with her solos and duets with the male singers, the evocative Shrikant Narayan and the flamboyant Apoorva Shah. The other singer was the glam Bhoomi Trivedi a music reality show winner, who recently made a smashing debut in Bollywood with her sizzling hit from the movie Ram Leela. 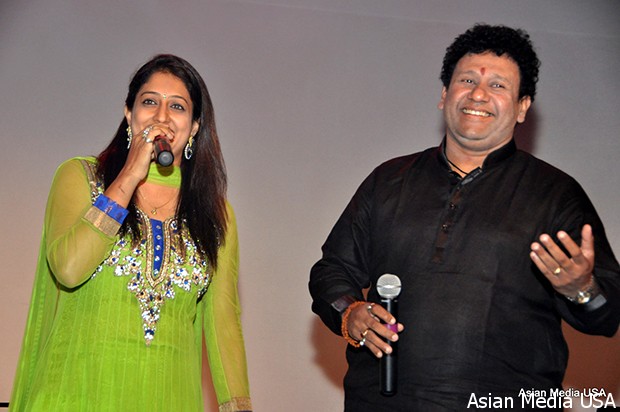 The accompanying orchestra led by the ebullient Milind Dabholkar on the keyboards lent substance and zing to the vocalists and came in for a lot of plaudits from the singers and attendees alike.
Mumbai singer Shrikant Narayan, who has quite a reputation in the music circles as the voice of the great Indian crooner Mohammed Rafi, regaled the audience with some smashing hits from the last six decades. Solos and duets were sung with passion and flair as he revived memories of the glorious past of Bollywood music and the great Rafi. It was indeed a treat.
Apoorva Shah, a singer of the current generation was skillful and flamboyant, a sign of the current trend who are constantly multi-tasking. He mixed the new with the old as he sang hits of the current generation mixed generously with the hits of the seventies and eighties. The great Kishore Kumar’s flair was mixed with the pyrotechnics of someone like Rahat Fateh Ali as Apoorva justified his talent as a winner of some premier Indian music reality shows.
The entry of the young and glam Bhoomi Trivedi predictably had the audience rocking with her medley of hits of Bollywood west numbers of crooners like Bhappi Lahiri and Usha Uthup. He mixed it with her rendition of folk legend Reshma’s Lambi Judaai and finally brought the house down with smash hit Ram Chahe Leela from the recent hit Ram Leela. Her “Gujju Rap” had the audience in a tizzy. 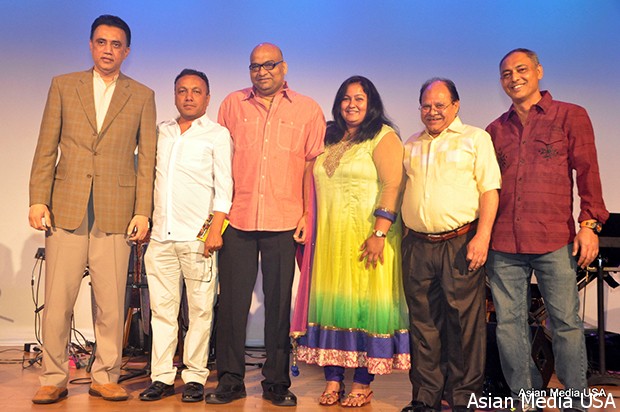 The show was embellished with some spectacular lighting and sound by the Meadows Club team of Birju Varghese , Nick and Anil Mahajan. The tasty food at the Meadows Food Court and the top shelf cash bar put the audience in the right frame to revel in an evening of some fascinating music. 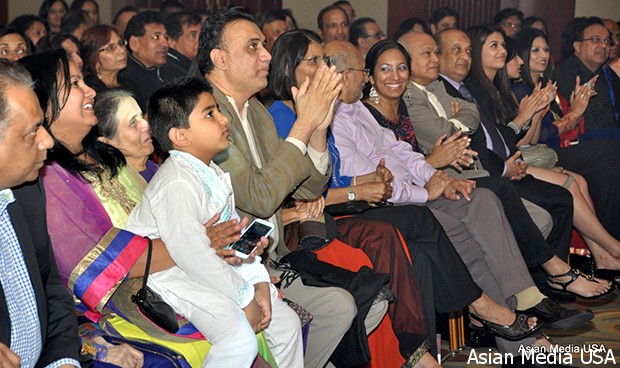 “ It was a blast … one of the best I have attended” said Dhru Desai, a prominent software entrepreneur who attended with a group of friends. “ We are looking forward to the next one ….. Yaadon Ki Baarat will be tough to beat” exclaimed Prashant Shah, the publisher of another local publication. 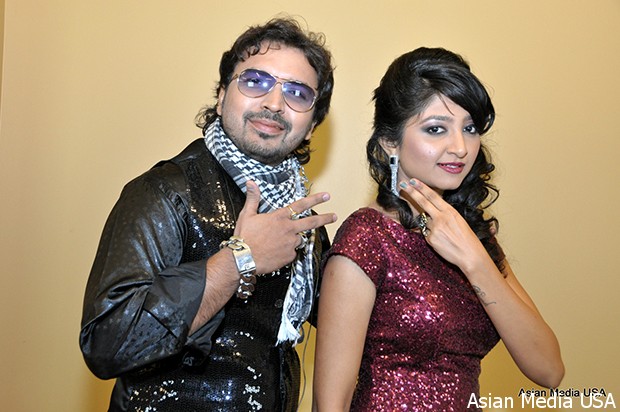