Chicago IL: Neither snow nor sleet of January 18, 2014 could dampen the spirit of the over 200 attendees who joined the Second Annual Lohri celebration hosted by the United Punjabis of America (UPA) at Ashyana Banquet in Downers Grove, Illinois. In keeping with joyous occasion, the audience came prepared to enjoy an evening of great festivity, fantastic Punjabi food and the rhythms of Bhangra music.

Welcoming the audience, Manohar Sharma, the president of UPA, remarked on the significance of the festival of Lohri and the goodwill among people that it nurtures. Dharam Punwani, a member of the Board, reiterated the mission of UPA to be “preserving the rich Punjabi heritage, enhancing and strengthening the Punjabi community, and becoming a positive force for enhancing our neighborhoods, cities, states, country and the world”. 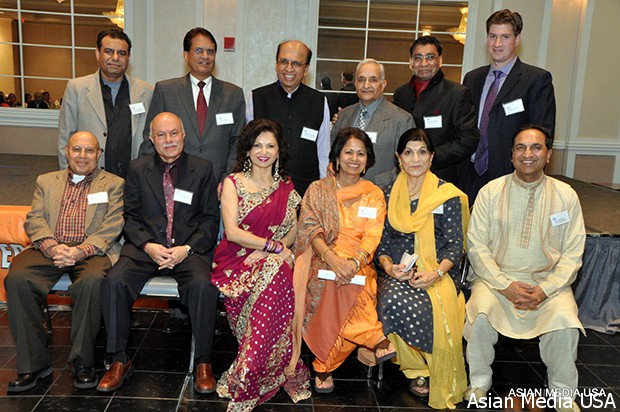 Serving as the hosts of the evening, Om Dhingra and Pratibha Jairath kept the program flowing with charm and humor. The entertainment started with the singing of Sunder Mundariye led by Shammi Mittal, Pratibha and Ramesh Malhan. Then the audience was treated to a beautiful dance by young girls to a medley of Bollywood songs that was followed by an equally delightful dance by two of the mothers of the young dancers, Anita Rotiwar and Kanchan Kulkarni. Then came the heartstopping hip-hop performance by the very talented duo of Anand Bhatt and Anoop.

Watching these performances intently were the nearly 50 children in attendance. These children, dressed in colorful clothes, were invited to the stage to wish all gathered a very Happy Lohri and, in keeping with the tradition, given small gifts.

One highlight of the evening was an appearance by Manju Goel, a candidate for the US House Congressional District 8. She shared her vision for an empowered community through participation in the political process. She was introduced to the audience by Shalli Kumar.

The evening then shifted to some live singing, starting with songs by Pratibha Jairath and Dr. Setia. Next came a number of delightful songs by the very talented Sudhir Trikha and the well-known singer Mahijit Virdi. Their songs brought young and old to the dance floor to dance to Punjabi and Bollywood hits.

The dancing took on a different look when a group of traditionally clad young women took the stage and staged a Jago and Giddha, singing and dancing to the satirical poems popular in the Punjabi culture. 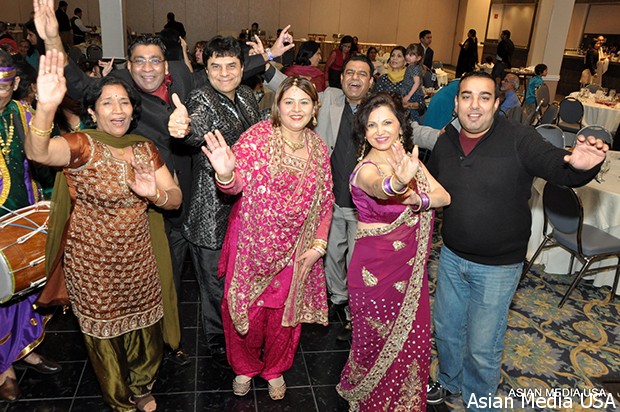 “I am so glad I did not let the weather scare me off,” noted Sarita Goel, “This is such an amazing celebration”. Another attendee remarked that she had attended the event last year and wanted her sister and her family to not miss this year’s event. “I live in Winnetka but there was not way I was going to miss this Lohri celebration,” said the young mother as she danced with husband and their two young children. 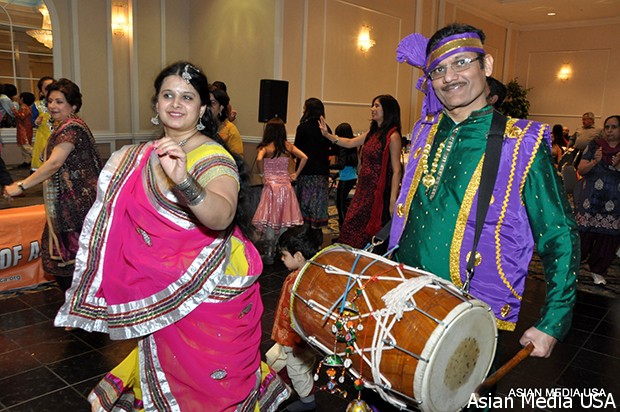 “Our sponsors’ support makes it possible to host an event like this,” noted Shammi Mittal in his note of thanks. Information about UPA is available at www.unitedpunjabisofamerica.com.