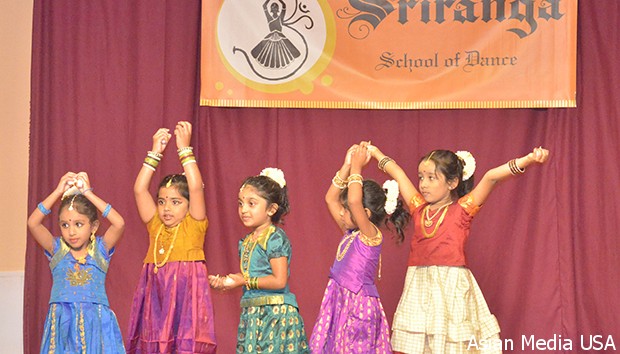 The highlight was Vokkarane dancing Tarangam on a brass plate to the well-known Krishna Leela Tarangini describing Lord Krishna. The evening concluded with the auspicious Mangalam in Raaga Madhyamaavati set to Mishra Chapu thaala. 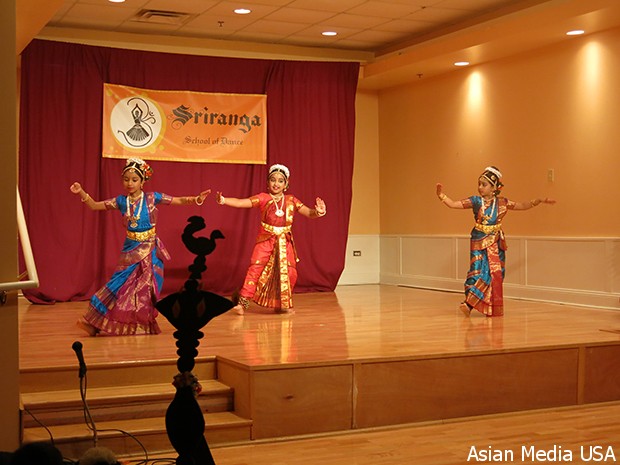 Beginning her dance-journey at the age of six, Vokkarane’s formal training started with Bharathanatyam under gurus Sunanda and Premakumari. Fascinated by the quick silver and scintillating steps of Kuchipudi, she trained under renowned guru Vyjayanthi Kashi. She has choreographed classical, semi-classical, and folk dances for Kannada Koota, Chicago Tamil Sangam, and Vasavi Association, and has given solo performances and ballets throughout India.

Sriranga School of dance is dedicated to preserving and promoting the rich cultural heritage of India, through training students in the traditional art form of Kuchipudi. The school provides opportunities to perform at various events across Chicagoland. 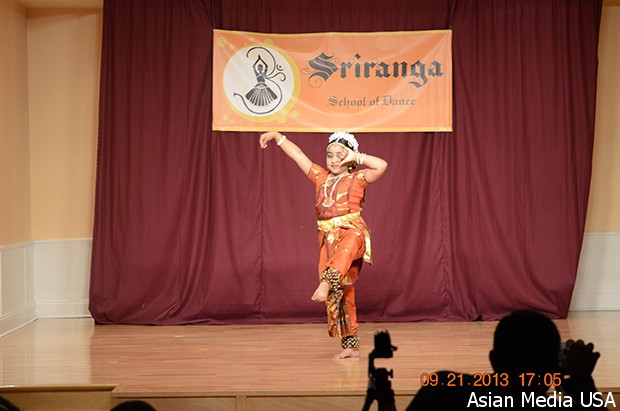