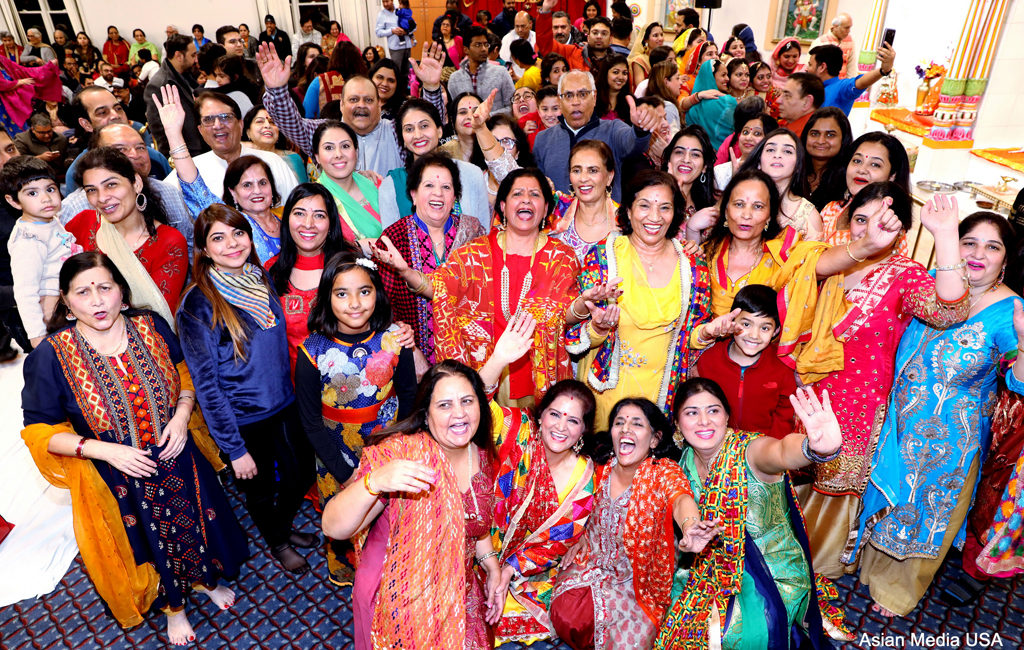 Chicago IL: Unprecedented crowds thronged the Hari Om Mandir, Medinah, IL on January 13th to celebrate the vibrant Festival of LOHRI!!! This Festival has always been celebrated in HOM in the Traditional North Indian Style, with the favorite foods, clothing, songs, customs etc. of Punjab. This year too, despite the very cold & frigid temperatures, Devotees in unexpected numbers – close to a 1000, came to the Temple to enjoy the Festivities. People came in from far & wide…neighboring States of Indiana, Michigan & Wisconsin, attended this much awaited and most popular Festival celebrated in HOM.

The Temple Management had made adequate arrangements to serve the Special Meal of the Season – Makki Ki Roti, Saag, Lassi and Gur Wale Chawal. Along with this, the traditional items like Bhugga, Popcorn, Rewari, Moongphali, Khajoor and Chirvara were distributed as Prasad. The Food was relished by one and all! People were raving about the delicious food, and truly appreciated the immense efforts put in by the Ladies…Food Incharge, Mrs. Pooja Sharma and her team of young girls from the “Sanjha Parivar” spent the morning cooking all the delicacies.  Several others joined  with cash donations and  bringing in Peanuts, Gachak, Rewari, Chivda, Til Bhugga and Popcorns, Sarson Ka Saag and Makki Ki Roti.  India House, a local Restaurant and Star Food, also generously donated Trays of Saag & Makki ki Roti. Mrs. Prem Salwan (Star Foods) cooked the Gur Wale Chawal, which is a rare treat on this occasion!!! 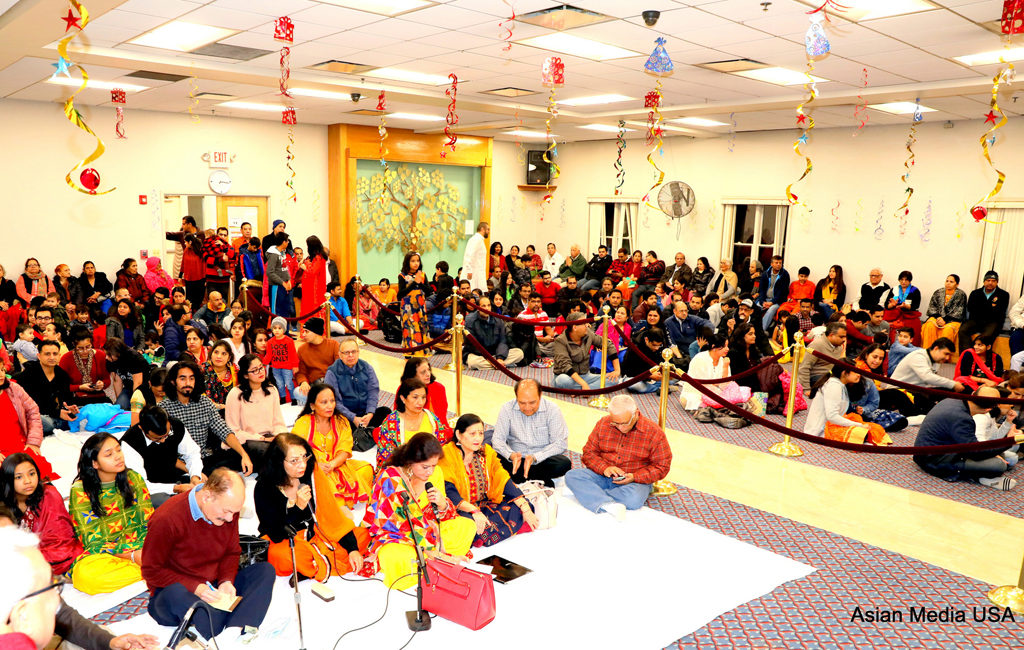 Another star attraction was a Beautiful Village of Punjab, (Pind in Punjabi), set up to depict the true culture & ambience of this Festival. Colorful Phulkaris adorned the walls, while Idols of young girls in  typical Punjabi Suits & boys in colorful Turbans, were displayed to showcase the village scene. A Charkha, a Chakki, a Dahi Matki, a Well, a Hand Cart full of Peanuts, Rickshaws, A Cart laden with the harvest crop, Manjis, Pirhis…some of the commonly seen items in the streets of a Punjab Village, were all displayed in this HOM village. Men with Dhols and women in their Giddha spirit also shown on these streets, completed the entire visual! 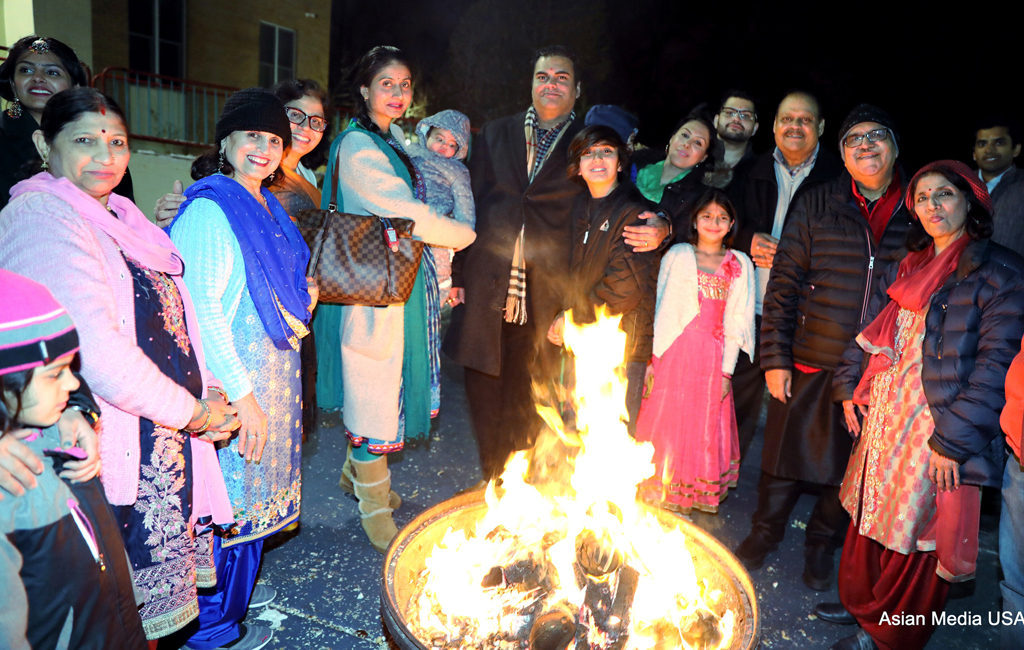 Lohri is a celebration of Prosperity, New Beginnings, New Births, Weddings etc and spreads the joy of the upcoming bright season. After enjoying a sumptuous dinner, people gathered in the Congregation Hall to sing and dance on this auspicious occasion. A Group of young Girls (Puneet Gupta, Mukta Kapoor, Aastha Matta, Chetna Katare, Ruchi Bhadani, Avithakiran, Kanchan Kashyap, Sanghamitra Pal, Shikha Rai and Heena Bansal) led by Neha Sobti performed the traditional Fold Dance of Punjab – “GIDDHA”. The energetic Performance was highly appreciated by one and all. This was followed by the “JAGO” – another traditional ritual of Punjab – All the Ladies of our very own HOM Mahila Mandal, carrying colorful Pots with lighted Diyas, on their heads, entered the Hall amidst huge clapping & cheering!!! In no time, Men & Women, ALL joined in to dance and the whole atmosphere was charged with energy!!!

Last but not the least, the Lohri Bonfire was lighted and people gathered around to offer the Prasad items to the Holy God Of Fire. As the “Sunder Mundriye” Lohri Song echoed to the beat of the Dhol, everybody – young and old – was seen dancing and enjoying. The Evening concluded on a joyous note…wishing each other “Happy Lohri” and looking forward to a bright future.