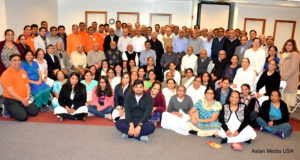 Event started with Bhajan and ended with Umiya Mataji Aarti and Mahaprasad.

Anil Tribhovandas Patel, called Anilbhai, was born at Lanvaat out skirt of Mehsana on March 8, 1944. Anilbhai’s humble rise started from as a son of a great and strong Gandhian social activist father.

After primary education in his home town and engineering degree from Vallabh Vidhya Nagar,he immigrated to USA on 1965 for master’s degree in Engineering. Upon receipt of emotional and appealing letter from his elder brother from India, Arvindbhai, ditched his Green card and emmigrated to India in 1969 for good.  After arriving in India he started small engineering company andtoday it is one of top ten-respected engineering company with more then thousand employees. 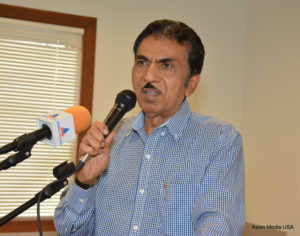 Anilbhai, was such an extraordinary person with exceptinal great talent, capability, character, kindness, an unusual intelligence, motivation and a magnificent and charming personality.

With his simple dignity of life, his manly virtue, and his sense for duty like a leader or like a servant, for vast community and state for which he bore responsibility, he achieved great successes in any and all arenas of Public and private life.

Anilbhai, was greatly loved by all the people, well respected as a man and as a leader beyond party and platform. He had wisdom and was visionary. Among other attributes he was well mannered calm, very polite, very helpful, very mindful, very thoughtful, self-confident, self restrained, multi-talented unusual intellectual person who was also a dedicated husband, a great father, a great mentor, prolific social activist and a great community leader.  All were aspects of his character which won the glimpse of admiration in innumerable eyes.

Anilbhai was two terms elected member of legislative assembly and two-term industrial minister as a policymaker from 2003 till his volunteer retirement in 2012 in public life.

He was so strong and devoted and undeniably undisputed and charismatic community leader and sole founder of Ganpat University in (Kherva, Mehsana district)Gujrat. 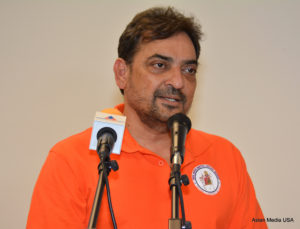 Additionally a monument of moral perfection his life and legacy will be a great aspiration and role model for current and future generations. To we have lost great sole and he was pilgrim on Planate now you have gone to your home with all the values and virtues. In our Hindu scripture, it is written  that good people never die only departs. Anilbhai departed from us but he will liveeternally and will remain in the heart and mind of millions.  In our Hindu scripture, It is also beautifully written:  that Beta, when you were born, you cried but the world rejoiced ,  live life such a way that in the end, you rejoice and the world cries.  In emotional memorial service, Dr. Chittranjan Patel said “Anilbhai, you have really made us cry today.”

Among one of the many homages, “The void caused by his death in public sphere cannot be filled,” said state BJP chief Jitu Vaghani. Tributes also poured in from many other notables including Chief Minister of Gujrat Mr. Rupani and P.M. Honorable Narendra Modi.

“Anilkumar Patel was the Member of a Legislative assembly from Mehsana constituency in Gujarat for its 12th legislative assembly. He was also the former union minister of Commerce and Industry.Anilbhai Patel has been a Mehsana MLA and Industry Minister till two terms between 2002 and 2007. He has contributed to the development of Mehsana GIDC. Apart from this, he worked very well in educational and social work in Mehsana district. He was also the president of Umiya Mataji Sansthan”said by promonanebnt community leader, Babubhai (Marsha) Patel.

Umiya Mataji Sanstha of Chicago Midwest (UMSCM) plans to build Umiya Mataji Mandir. They purchase Church with land acquired at $ 1. 4 million at 1800 Joliet Street, West Chicago, IL 60185, Lot Size is 8 and ¾ acres, Current Pre-existing Building size is 8000 sq. feet attached house of 3 bed room house.UMSCM is a not for Profit,501 3 (c), organization was establish in 2016 with an objective to build a first ever Temple of Mataji along with great Community center. 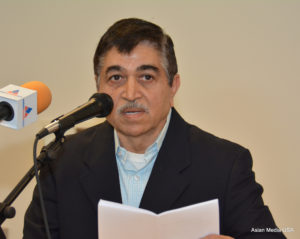 The main purpose of theassociation is to provide a platform for Cultural, Educational, Social, Religious and spiritual needs of Kadva Patidar Samaj.

Volunteer’s team did excellent Job and made this event memorable.

We urge well-wisher that if anyone wants to the memory of Shree Anilbhai T Patel, donate on his name directly to Umiya Mataji Sanstha Chicago Midwest (UMSCM). Your donation is tax deductible (501 3 (C)) Tax ID # 81-1609148