Chicago IL: “Hyderabad has always remained as a point of convergence of many different cultures, traditions,
festivals, and religions that gave it its distinct cosmopolitan character. Hyderabad’s lingua franca, ‘Dakhini’, is
a unique blend of several languages, typifying the true plural character of the city, where people belonging to
different castes, creed, and religions live in peace and harmony and participate in each other’s festivals with
enthusiasm”, said Dr. Ausaf Sayeed, Consul General of India in Chicago in his inaugural address of the “Celebration of the Glory of Hyderabad” held under the patronage of Consulate General of India in Chicago, on Sunday, May 15 th, 2016 from 11:00 AM to 11:00 PM, at  Shalimar Banquets, 280 W. North Ave. Addison, IL. Continuing his address, Dr. Sayeed said that the event is aimed at celebrating the famed ‘Ganga-JamuniTehzeeb’ and portraying the “Hyderabadiyat”, rather than merely glorifying Hyderabad’s historicalachievements. “The Hyderabadi Tehzeeb is the traditional mix of civility, hospitality, courtesy, and grace in social interaction, the hallmark of which is respect and consideration”, added Dr. Sayeed. “While Hyderabad has been protecting and preserving its age-old culture and traditions, it has been proactive in welcoming and embracing the contemporary socio-economic changes. It has emerged as the ‘Best liveable city’ in India and gained reputation as a home for such global giants as Microsoft, Apple, Amazon, Google, Facebook”, added Dr. Sayeed. 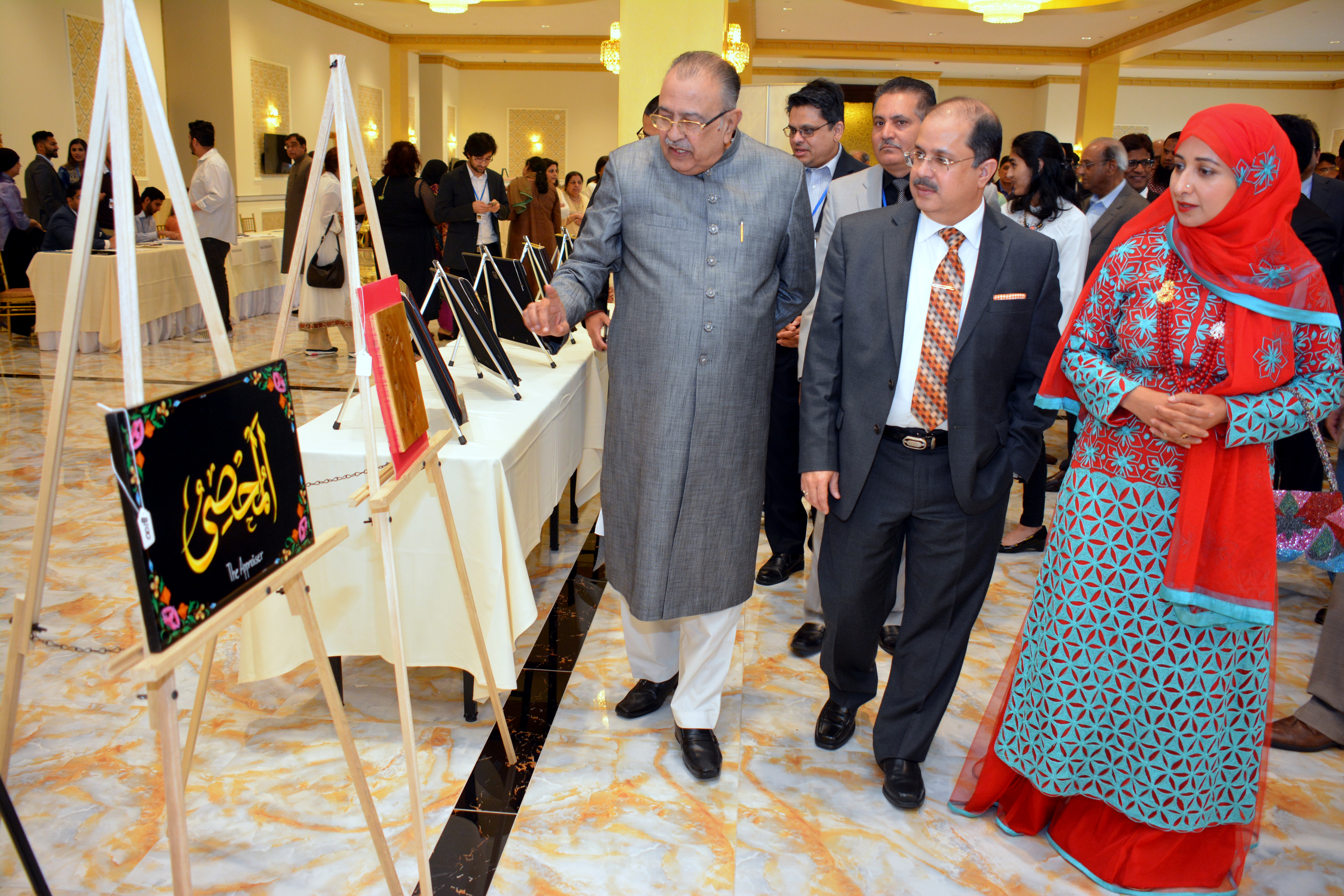 Qadir Ali Baig Theatre Foundation, Hyderabad presented two internationally-acclaimed plays, namely, “Spaces: Story of Hyderabadi Haveli” and “Quli: Dilon ka Shahzaada”. With a blend of fine and performing arts, embellished with Indian classical and shadow dances, period sets and costumes, the play takes audience back in time to the 17th century Indian kingdom of Golconda through a philosophical tale of true love. ‘Spaces: Story of Hyderabadi Haveli confronts a question that most people in any urban society globally: do we define our space or does our space define us?

The male lead actor, Padmashri Mohammed Ali Baig, and the female lead actress, Noor Baig, stole the thunder by their explosive performances. The audience gave them standing ovation, again and again, throughout the duration of the show. Mohammad Ali Baig and Noor Baig, along with their troop, were especially flown from Hyderabad to present
the phenomenal plays. 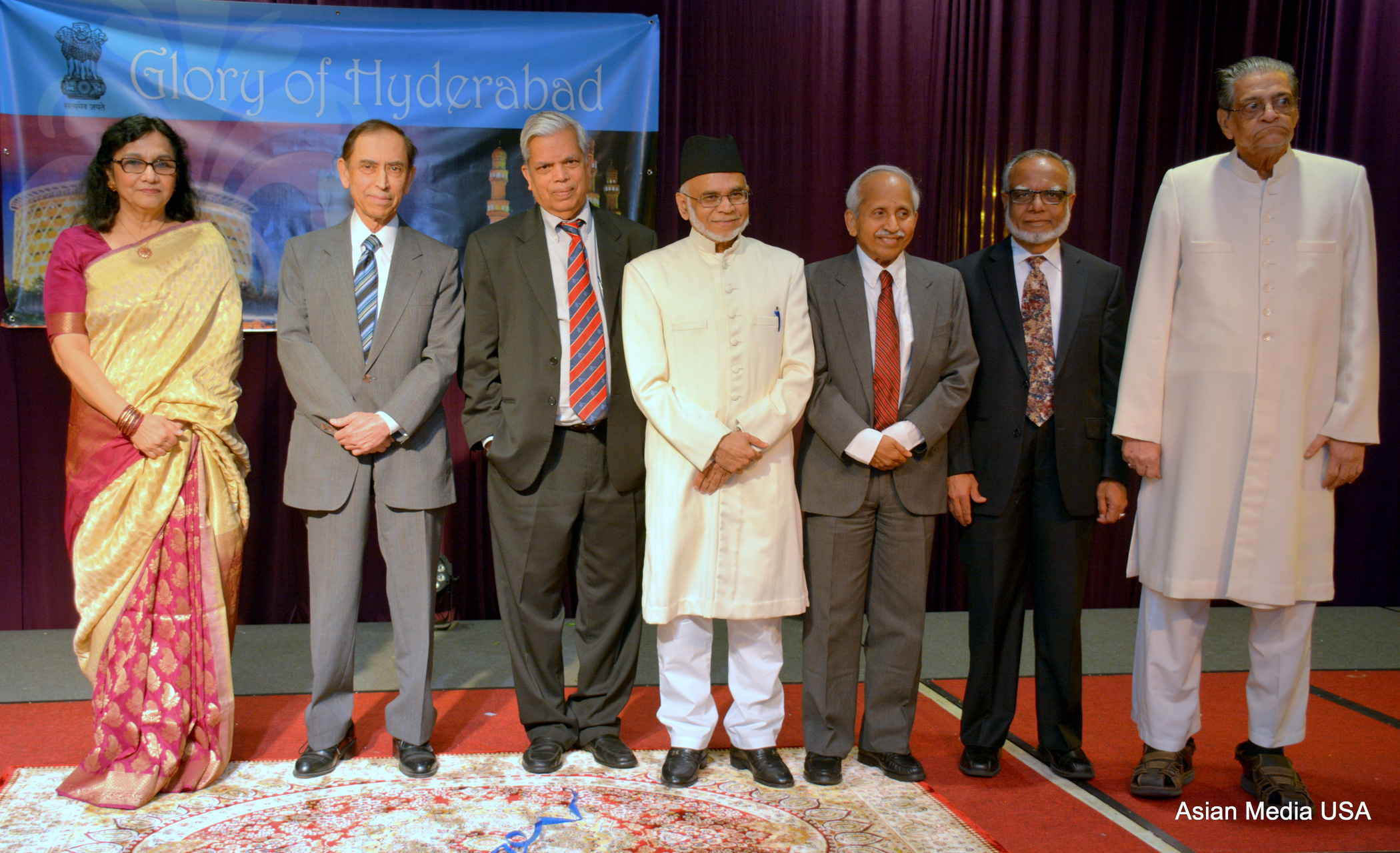 The Siasat Urdu Daily, Hyderabad, show-cased hundreds of art pieces of the calligraphy made by artists from India, as a part of the Urdu and Arabic Calligraphy Exhibition. The calligraphy exhibits of Nayeem Saberi and Faheem Saberi, paintings of Lateef Farooqui, embroidery of Naseer Sultan, and wood work of Mohammed Mazharuddin were displayed at the Exhibition. The Calligraphy Exhibition was jointly inaugurated by Dr. Ausaf Sayeed and Zahid Ali Khan, Editor-in- Chief, The Siasat Daily. The visit of Zahid Ali Khan, Editor Urdu daily to Chicago, exclusively to grace the event, was a pleasant experience for the Urdu lovers.The crowning glory of the event was a qawwali program considering the fact that it has been a powerful part of the rich culture of Hyderabad. Riaz Qawwal and his party, who came from Houston exclusively for the event, delighted audience, beyond tier expectations, by presenting popular qawwalis. 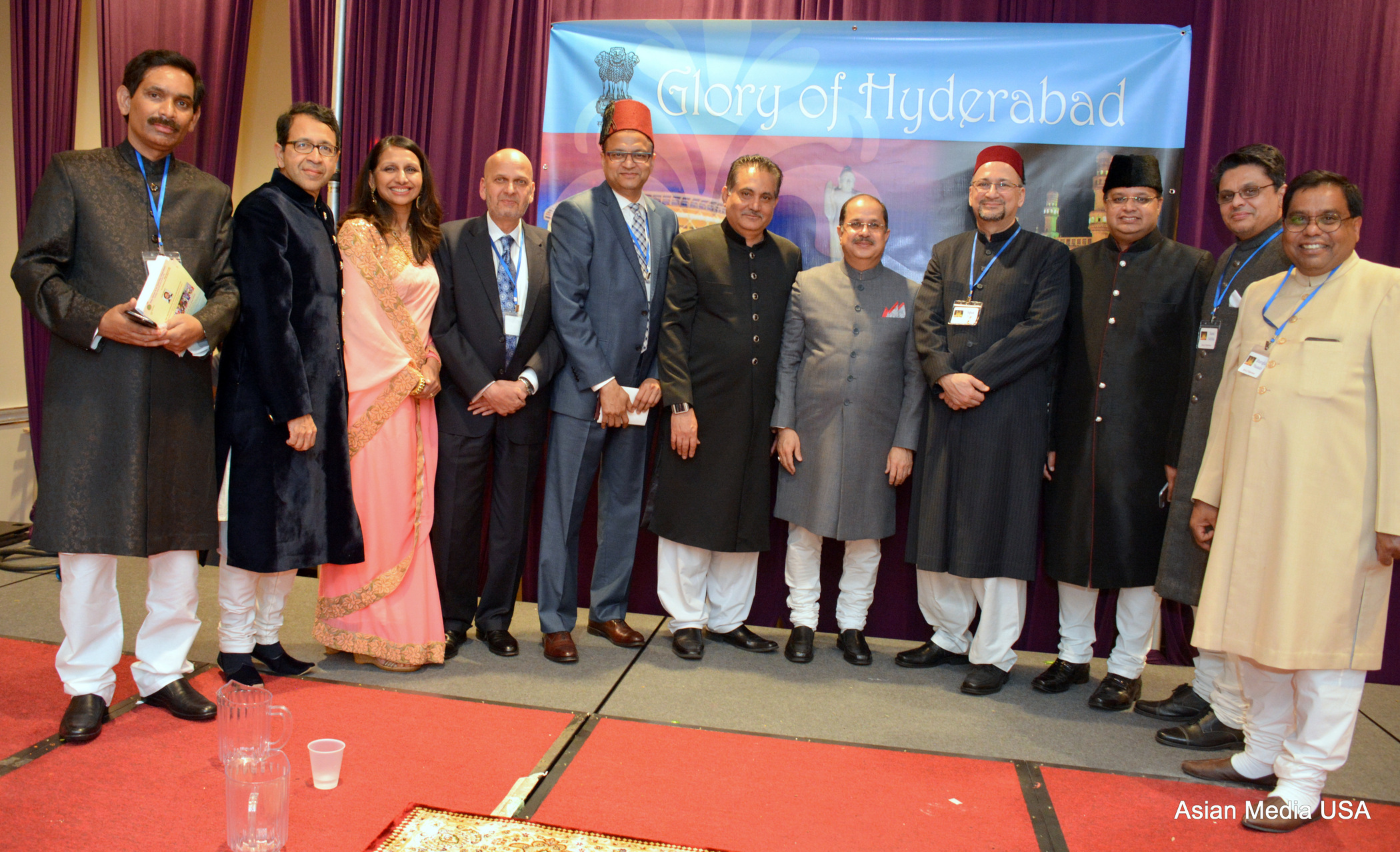 Mir Z Khan, in his inaugural address, said that a part of the proceeds of the event will benefit “Feed the Hungry” in Hyderabad and youth education programs in India. He stated that the Steering Committee of the Event, Ashfaq Hussain Syed (Secretary), Iqbal Ali M.Baig (Treasurer), Dr. Prem Rupani, Dr.Muzaffar Mirza, Sami Siddiqi, Tasneem Osmani, Iftekhar Shareef, Gazala Rahman, Syed Sharafat Hussain, Anis Khan, Syed Hussain, Khalid Osmani, and Ali Jaffer worked tirelessly, day in day out for over two months, to ensure that the event turns out to be a high watermark of success. Dr. Prem Rupani, a prominent member of the Hyderabadi community in Chicagoland, said that with the establishment of such world class educational institutions as Indian School of Business, Indian Institutes of Management, Indian Institutes of Technology, and a string of professional, technical, and vocational educational institutions, Hyderabad is emerging as the most preferred destination for students from a number of countries. Similarly, he added, the mind boggling growth in Industry, Services, and Business, India has become a mighty force to reckon with at the global plane. “Awards of Excellence” were presented to Azher Quader, Dr. Vidyasagar, AliNiazee, Dr. Chitturi, Kaiseruddin, Nazneen, and Sadiq Naqvi for their landmark contributions in different domains of work. The Steering Committee presented a special award to Dr. Sayeed for his exceptionally good contribution for the overall welfare of the Indian-Americans in Chicago. The event was attended by over 1100 eminent persons from different walks of life. The Prominent among the dignitaries who attended the event including Dr.Gopal Lalmalani, Mayor of Oak Brook, Hardik Bhatt, Chief Information Officer, Office of the Governor of IL, Raja Krishnamoorthy, Democratic Party nominee for the 8 th Congressional District of Chicago, Krishna Bansal among others graced the event. The event kick started with the singing of the National Anthems of the United States and India. The authentic Hyderabadi dinner served to the guests was relished by one and all. Azam Nizamuddin, the MC of the event, anchored the proceedings of the event in a professional fashion manner.